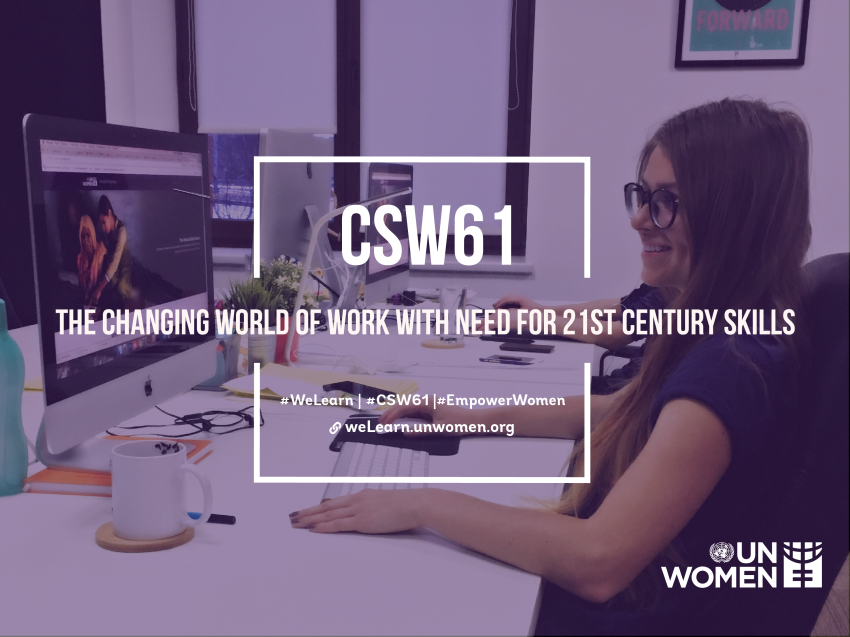 On Thursday 16 March 2017, during the 61st edition of the Commission on the Status of Women (CSW61), UN Women Executive Director Phumzile Mlambo-Ngcuka spoke to experts in sustainable solution, women empowerment, and information technology about the changing world of work with the need for 21st century skills. 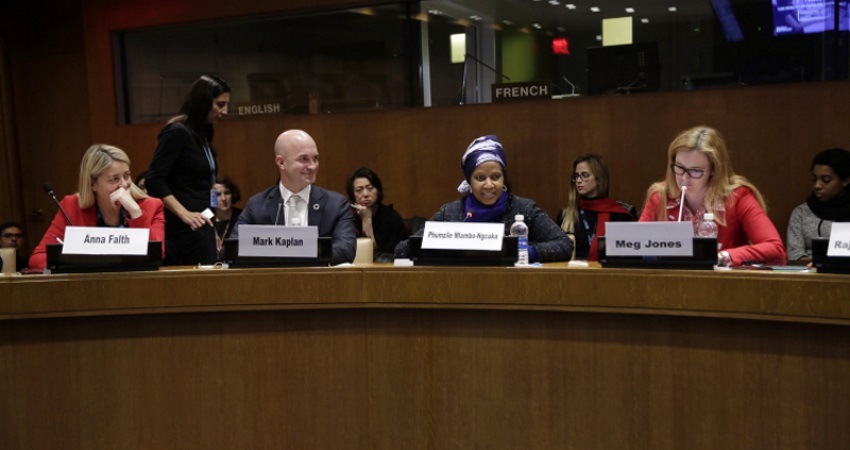 Moderator of the event Meg Jones, Chief, Economic Empowerment Section, UN Women, started off the panel by asking the question why it is still a challenge for women and girls to have access to education. Executive Director answered this crucial question by stating 6 key reasons:

"There are over 52 million girls who should be in school and instead, ​they aren’t in​ school. And about 700 million girls who ar​​e alive right now were married before the age of 18.“ Phumzile Mlambo-Ngcuka, Executive Director 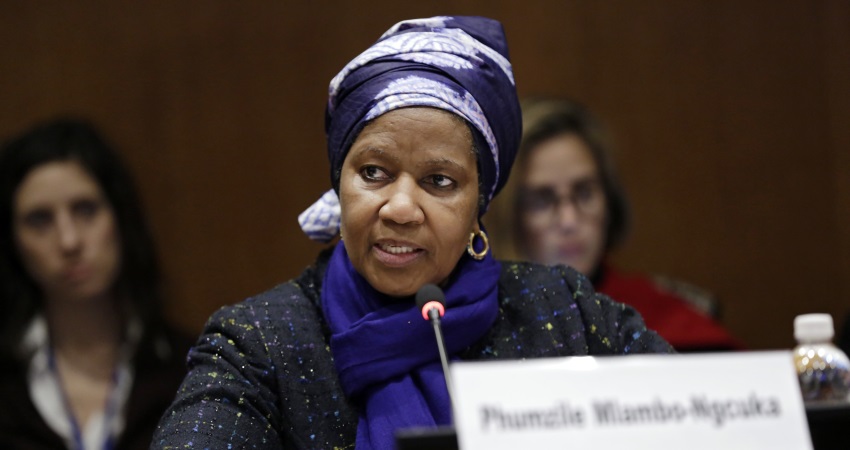 Instead of people getting no education, it is better to have a platform that can provide education virtually. The virtual skills school "We Learn" is designed to gain access to education, learn life skills, gain entrepreneurship knowledge, and prepare people in getting a job.

"My vision in the 21st century, in the day that we live in, it should be possible for us to provide education to girls and women, and for that matter anyone ​​who needs education…no matter who they are, no matter where they are, as long as we can facilitate that they get the device through which to receive education.” Phumzile Mlambo-Ngcuka, Executive Director, UN Women

For people who don’t have access to internet in rural areas, there will be an offline method to learn the skills and gain knowledge. According to Soren Thomassen, Chief, Information Technology, UN Women, this offline method consists of a small computer, very little power usage, and an SD card.  The small computer already has a networking device installed. All of the learning content is stored on a small SD card. 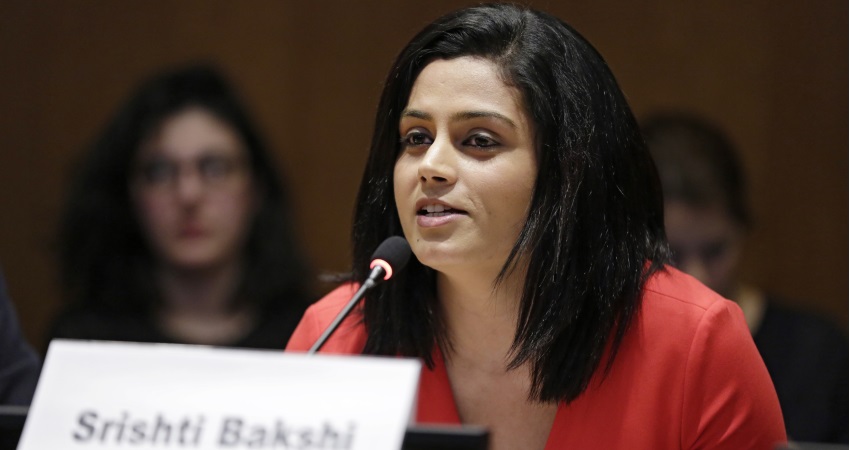 Srishti Bakshi, 2016-2017 Champion for Change, Empower Women, is one of the champions who will be on the field helping people in accessing the virtual skills school. In addition, Shristi has her own initiative called Project CrossBow which aims to address gender parity in India.

​​To implement this project, Shristi will be walking 2,860 miles across India from South to North in Srinagar for marginalized women. You can virtually join Shristi by downloading their app which will be launching soon. You can join your steps to hers and for each step you take, you can unlock funds to the virtual skills school "WeLearn".

"It’s a life full of learning and learning doesn’t stop when you finish school, it doesn’t stop with your formal e​ducation. You have to have the mindset for learning for life, and learning every day for the rest of your life.” Anna Falth, Manager of Empower Women, UN Women