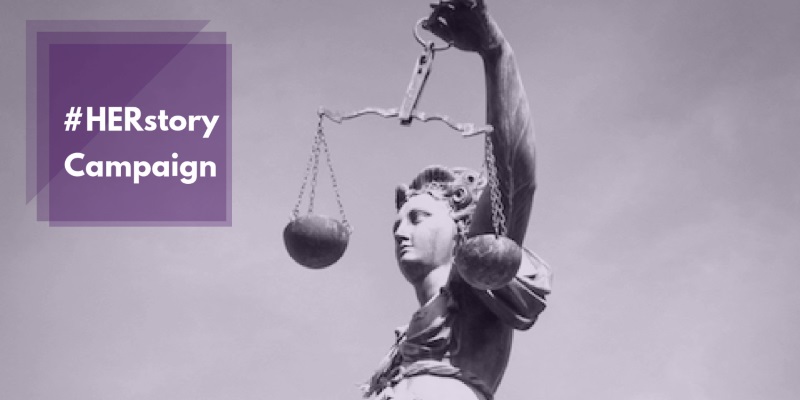 “Women have been kept from contributing to History-making, that is, the ordering and interpretation of the past of humankind. Since this process of meaning-giving is essential to the creation and perpetuation of civilization, we can see that at once women’s marginality in this endeavor places us in a unique and segregate position. Women are the majority, yet we are structured into social institutions as though we were a minority” (Lerner, The Creation of Patriarchy).

Women have always contributed to the advancement of humanity, but our world has been framed within a patriarchal construct. What has been written and recorded throughout history about women's contributions has been minimal. Those in control or in power have chosen what gets recorded in history, and because decision making is often dominated by men, women’s contributions have frequently been overlooked. However, social history has been an influential aspect of learning about the lives of our foremothers which has also given valuable insight into the oppression and inequalities that women have endured throughout time.

The power of the written and recorded word is profound. It shapes our self-worth, “The contradiction between women’s centrality and active role in creating society and their marginality in the meaning-giving process of interpretation and explanation has been a dynamic force, causing women to struggle against their condition.” (Lerner, The Creation of Patriarchy). Women cannot fully empower themselves with the belief that their contributions are only marginally involved in the development of humanity. Women are not insignificant contributors but are often omitted from written history. By recognizing and celebrating their meaningful contributions, and constructing a new model without a biased framework for valuing them truthfully, women can write their contributions back into the history books.

#HERstory will honor the women who have shaped humanity and history in all fields. This campaign strives to recognize the achievements and contributions of extraordinary women who have made a significant difference.

HERE YOU CAN ENGAGE AND JOIN THE CAMPAIGN:

1.Research women’s contributions throughout history from your region in all fields. Prepare as many stories as you would like, with a photo and photo credit. Share an edited, 500 word article on the Story Page with this format:

- Headline:  Her Story in History #HERstory

3.Get updates from the campaign by following Empower Women on Facebook and Twitter and repost and retweet the campaign messages. Let’s create momentum together!

We are looking forward to your participation and active engagement in the campaign! Let’s make #HERstory together and celebrate extraordinary visionary women throughout time and history.

Huda Shaarwai: A Rebel With Just Cause