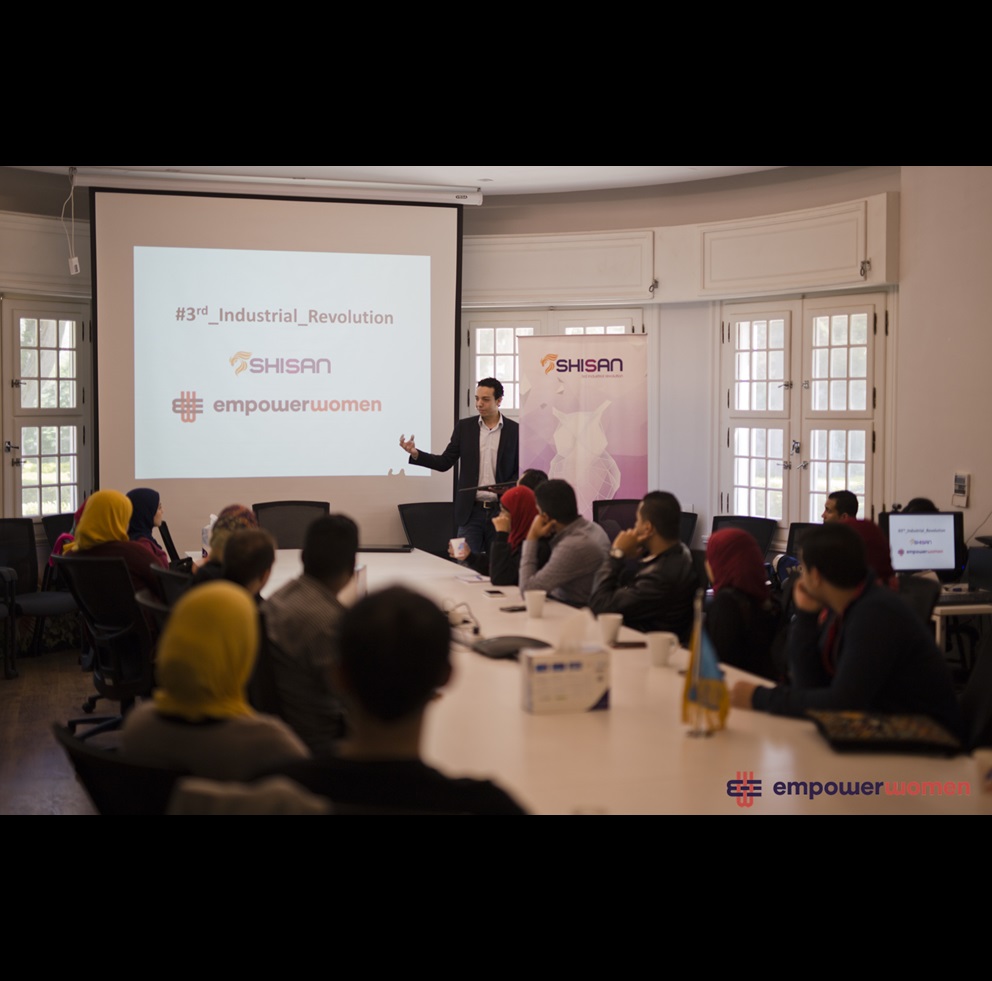 Empower Women team in Cairo continued the celebrations of the first ever International Day of Women and Girls in Science by organizing a workshop about 3D printing and its economic empowerment potentials.

Recognizing women and girls’ rights and potentials in Science, Technology, Engineering, Arts, and Math (STEAM) has been a significant topic inside the United Nations in the last few years. On 14 March 2011, the Commission on the Status of Women adopted a report at its fifty-fifth session, with agreed conclusions on access and participation of women and girls in education, training and science and technology, and for the promotion of women’s equal access to full employment and decent work. On 20 December 2013, the General Assembly adopted a resolution on science, technology and innovation for development, in which it recognized that full and equal access to and participation in science, technology and innovation for women and girls of all ages is imperative for achieving gender equality and the empowerment of women and girls.

On 15 December 2015, the General Assembly adopted the resolution, deciding to proclaim 11 February of each year of the International Day of Women and Girls in Science. The United Nations invites all Member States, all organizations and bodies of the United Nations system and other international and regional organizations, the private sector and academia, as well as civil society, including non-governmental organizations and individuals, to observe the International Day of Women and Girls in Science, through education and public awareness-raising activities. The Day is meant to promote the full and equal participation of women and girls in education, training, employment and decision-making processes in the sciences, eliminate all discrimination against women, including in the field of education and employment, and overcome legal, economic, social and cultural barriers.

Unfortunately, women and girls continued to be excluded from participating fully in science. According to a study conducted in 14 countries, the probability for female students of graduating with a Bachelor’s degree, Master’s degree and Doctor’s degree in science-related field are 18%, 8% and 2% respectively, while the percentages of male students are 37%, 18% and 6%. However, the situation can be changed by encouraging the development of science education policies and programming, including school curricula, to encourage greater participation of women and girls, promote career development for women in science and recognize the achievements of women in science.

The Empower Women team in Cairo organized a workshop to introduce 3D printing technologies and discuss potential for women’s economic growth. The workshop was facilitated by Eng. Osama Kamel, Electronics and Communication engineer and CEO of Shisan one of the first producers of 3D printers in Egypt and MENA. Eng. Kamel introduced 3D Printing, different types of 3D printers, and 3D Printing applications and how to make profit of it. The workshop was attended by 35 participants mostly students from Cairo University, graduate engineers, artists, and participants interested in 3D Printing and technology.