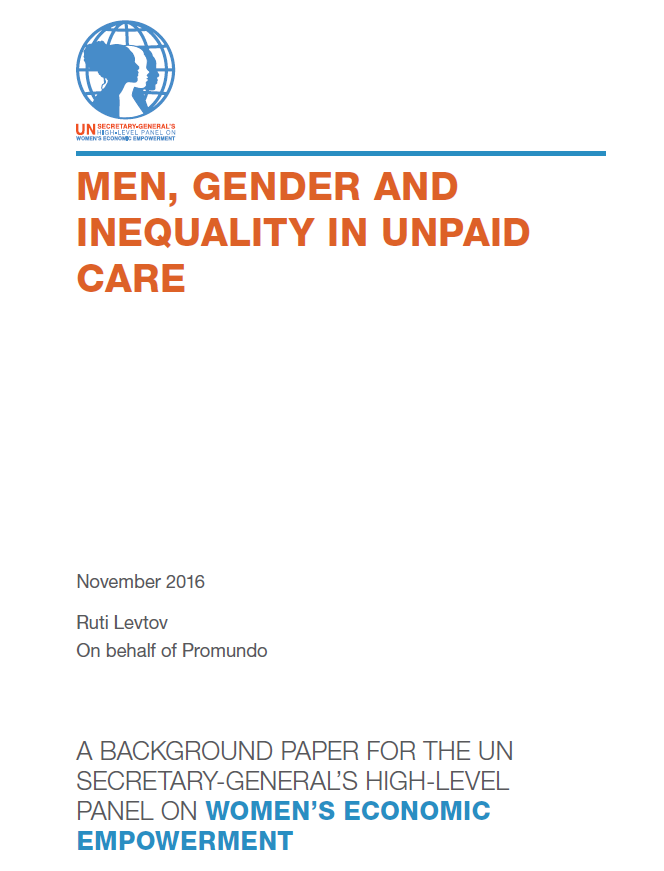 There is no a single country in th world where men and women don an equal amount of care-work. Estimates show that globally, women do 2.5 times more care-work than men. In countries where the care burden is most unequal, this amount to women spending 10 or more weeks per year on unpaid care compared to men. Even in Sweden, where the distribution of care is most equal, the gap amounts to 1.7 weeks per year. While men do spend more hours in paid work, as women's labor force participation increased (dramatically in some settings) research shows that in some countries, women's total time spent in both paid and unpaid work exceeds men's.

The issue of unpaid care work, and specifically its unequal distribution is a major barrier to women's economic empowerment, to achieving gender equality, and to development more broadly. The burden of unpaid care work limits women's and girls' opportunities for education, employment, and participation in political life, reduces their emerging power, and can make them vulnerable through their dependence on the men in the families. In addition to allowing for greater participation in education, work, and public life, less time spent on unpaid care work can mean more time for rest and leisure and can reduce stress.