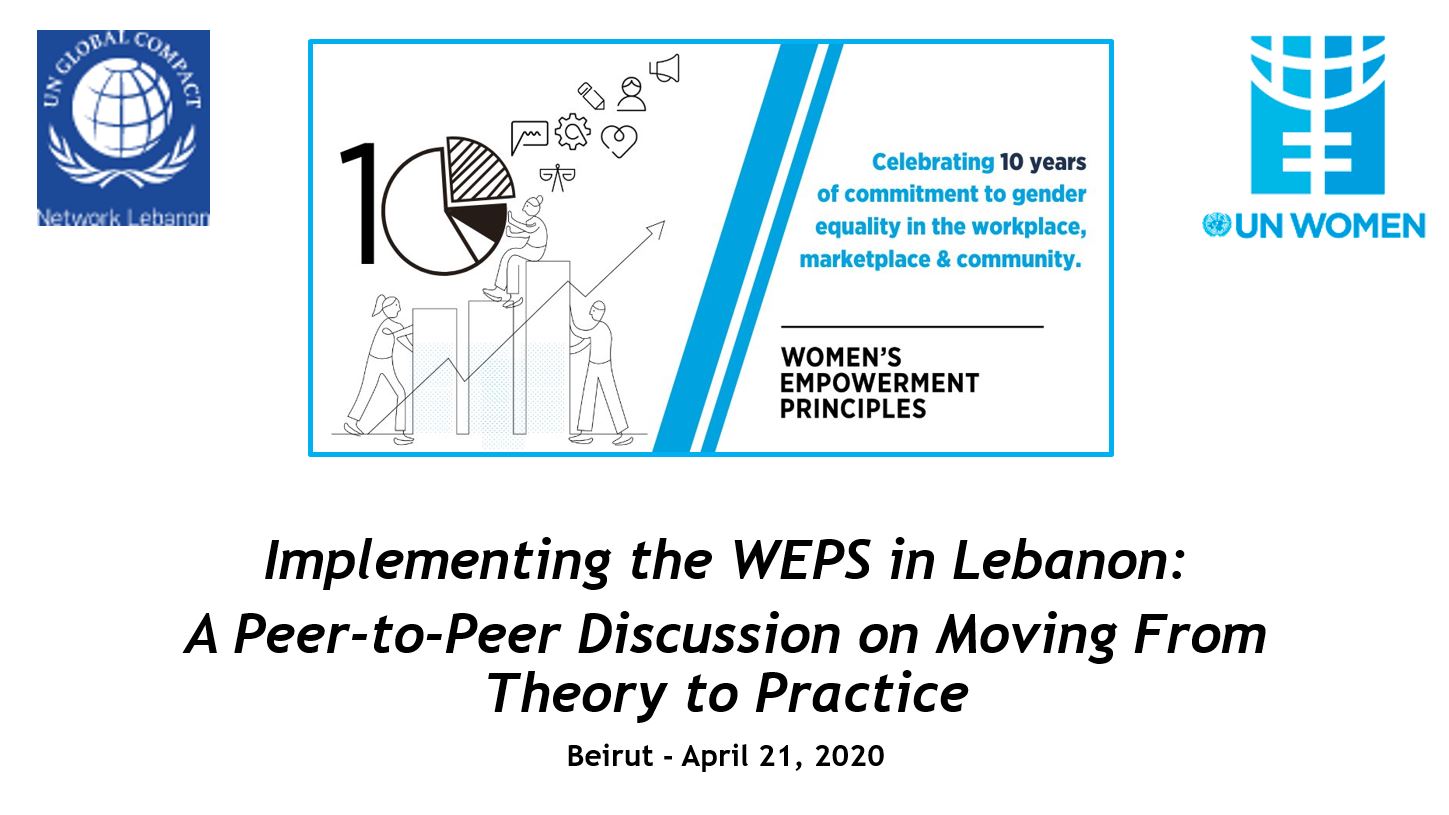 With support from the Ford Foundation, UN Women Lebanon and UN Global Compact Network Lebanon (GCNL) have organized the first in a series of technical assistance interventions aimed at supporting Lebanese signatories in implementing the Women’s Empowerment Principles (WEPs). Over the course of this year, UN Women and GCNL are working with signatories to finalize gender gap assessments, develop action plans to meet their gender equality goals, create opportunities for peer-to-peer exchanges among signatories, produce case studies from Lebanon and recruit additional private sector companies to join the program.

On April 21, 2020, HR, CSR and legal professionals from 13 signatories participated in an online orientation workshop which aimed to equip them with the know-how and skills to move the WEPs from theory to practice in order to better advance women’s empowerment in the workplace. It also aimed to raise awareness about the current status of gender diversity within Lebanon’s private sector and to further develop recommendations for concrete initiatives to close the gender gap in business leadership. Highlights include:

In reviewing the seven principles, participants agreed that women remain underrepresented on boards of directors and the importance of data collection and reporting on recruitment, retention, and advancement sex-disaggregated data. They discussed the approach of gender-neutral branding as a state of mind within their companies. One company, Banque Libano-Française, shared that when reviewing their marketing materials from a gender lens, they then modified the name of one of their products from “key man” to “key person." Regarding gender-sensitive procurement, exclusivity clauses in the Lebanese commercial law were cited as an obstacle for companies to directly source from women-owned businesses. However, LibanPost is leading by example: it has been favoring as much as possible suppliers in their request for quotation.

Going forward, UN Women Lebanon together with the UN Women Regional Office for the Arab States (ROAS) and WEPs teams from Palestine, Jordan and Kuwait are working together to organize a regional networking events for WEPs signatories from across the Middle East and North Africa region (MENA) to share best practices and lessons learned from the region.