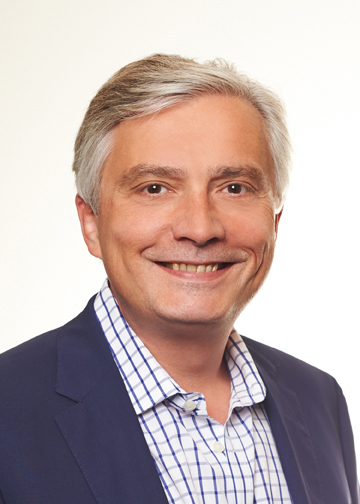 In the Photo: Jos Schmitt, Co-Founder, President & CEO of the NEO Exchange

NEO Exchange is established on the principles of fairness and transparency.  Its Co-Founder, President and CEO, Jos Schmitt shares why the Canadian stock exchange decided to sign the WEPs and how being a signatory changed the institution.

Why did you decide to sign-up to the WEPs?

It was a very easy decision to take. In the early years of my career, I worked in an environment where merit, and only merit, drove recognition and career progress. By the time I started to look at leadership roles, those principles were ingrained in my DNA. It meant that professional discrimination was unknown to me. Diversity was always a feature of my teams.

I signed the WEPs because I wanted to improve the statistics around diversity. It was not a move away from my merit-based principles; I wanted to show women and other minorities in the workforce that if they perform well there are organizations who will treat them fairly and equitably.

I want them to recognize that there is no such a thing as ‘jobs for women’ or ‘jobs for men’ and that nobody should let their education choices or ambitions be influenced by these ideas. And finally, I want organizations to understand that diversity is beneficial to them, to the economy and to our society as a whole. Our organization demonstrates this.

How much priority was put on signing the WEPs and what was the role of leaders?

We are a young organization without any legacy. When building it up, it was obvious that skills and capabilities drove the hiring process and that no form of discrimination was tolerated. It meant that leadership buy-in was not an issue – they all already embrace the WEPs.

What has changed since signing the WEPs?

The WEPs made me realize that it is not enough to embrace diversity in your own organization. The benefits of diversity are not yet widely recognized. There are still a lot of negative preconceptions about it, including among those directly affected.

To bring about real change at a societal level, it is critical to do more by being an advocate for diversity, by discussing diversity, and by sharing experiences. In a nutshell, by spreading the word that diversity is not simply a duty; it makes us and our companies stronger and better.

Has your organization identified anything else you need to do as a result of signing the WEPs?

It is important to stay vigilant about diversity, particularly in a young organization where new people regularly join. The good news is that new generations of employees have a totally different view about diversity – it is part of them and comes naturally. If people develop in an environment where there is no concept of an ‘old boys' club,'  they themselves go on to live the values of fairness and equity.

One thing we are doing differently is that we have become advocates for diversity. We now regularly participate in events and conferences, sharing our experiences and promoting the benefits of diversity with other organizations.

How do you think being a WEPs signatory will contribute to your organization’s gender equality ambitions?

I think it will strengthen our beliefs about diversity and make us more vocal about it. It also shows new or prospective employees the kind of organization we are and what we expect of them.

How do you think the WEPs contribute to advancing gender equality in the private sector?

I think there are two very big benefits to the WEPs. First, they clearly define what is expected from an organization that wants to embrace diversity. No excuses can be made about not knowing exactly what to do. Second, they are a rallying cry, bringing together everyone who wants to drive change for the better and providing them with the tool-kit to make it happen.