WE EMPOWER at the Women Deliver 2019 - Culture Night 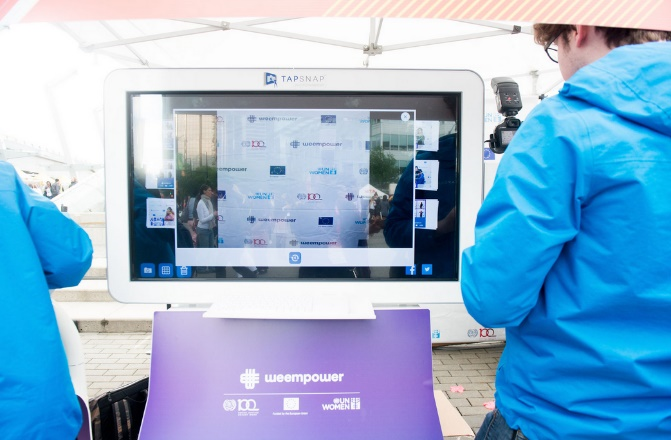 UN Women and the European Union hosted the Culture Night, a celebratory evening with music, food, art and cultural infusion emphasizing women’s empowerment. The celebration brought together about 8,000 Vancouverites and Women Deliver conference delegates to the Jack Poole plaza. Throughout the evening, live music featuring local favourites and curiosity-peaking activations drew in passers-by. Despite the cold weather, the intermittent rain and gusty winds, Culture Night drew in large crowds. Participants left with a better understanding and awareness of gender equality issues and the WE EMPOWER programme. 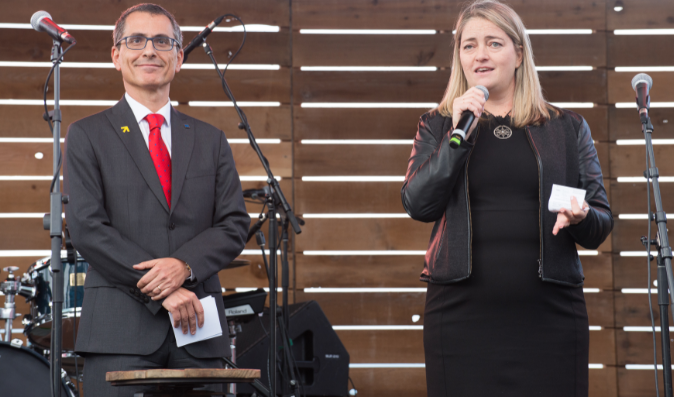 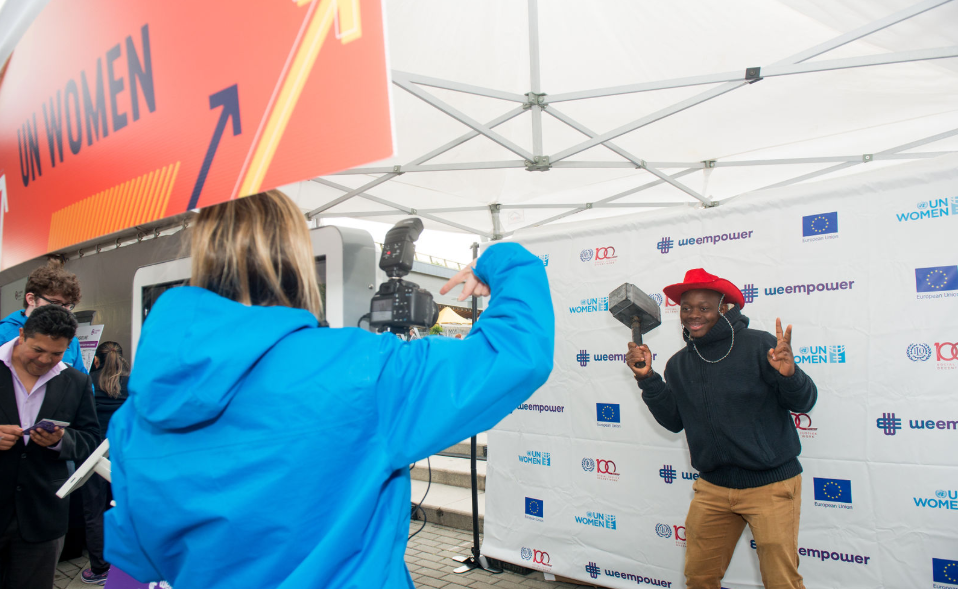 During the evening, locals and WD participants mingled and strolled through the plaza while enjoying food and music and engaging in a variety of activations. The event also showcased a marketplace of women entrepreneurs and their businesses, as well as not-for-profit organisations that focus on women’s empowerment. WE EMPOWER hosted two main activations both of which drew the curiosity of large crowds and people lining up to participate: a 8x12 foot mural inviting people to paint a part of the collaborative art work that will be sent to UN Women Chile; and and a social wall gif-maker. Each participant walked away with a printed copy of their pictures as well as a WE EMPOWER flyer card (see images below).

WE EMPOWER event on the Future of Work here.

Education Concepts of WEE MDGs and beyond Socio-cultural