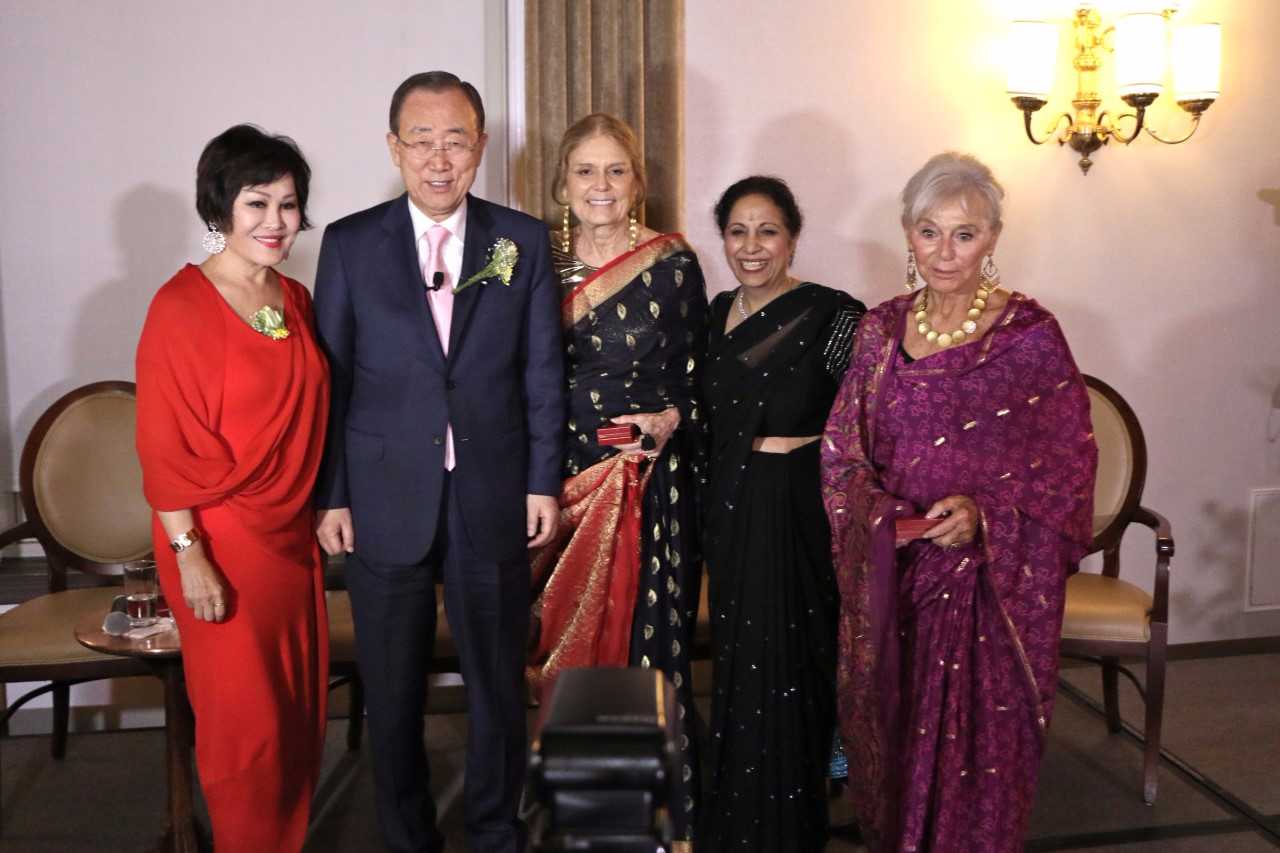 Eight United Nations (UN) Secretary-General Ban Ki-moon presented the inaugural Award For Women’s Empowerment in his name to Gloria Steinem, a legendary feminist writer and activist, Eva Haller, a notable Hungarian philanthropist, and Yue-Sai Kan, a television producer and host, at the Asia Initiatives (AI) gala. The award was given in October to recognize these three individuals’ invaluable lifetime dedication to helping women worldwide realize their full potential.

The event, which featured speeches by Mr. Ban and AI co-founder Dr. Geeta Mehta and a panel discussion with the honorees, was attended by a host of prominent diplomatic and political figures, including UN Women Executive Director Phumzile Mlambo-Ngcuka, New York City leader Congresswoman Carolyn Maloney, Lieutenant Governor of Ontario Elizabeth Dowdeswell, Ambassador Cho Tae-yul (Permanent Mission of the Republic of Korea to the UN) among many others.

During his tenure, Mr. Ban played a significant role in the creation of the UN Women Department, established the first High-Level Panel on Women’s Economic Empowerment and worked to reduce the gender wage gap within the UN itself, increasing the number of women in senior management by over 40%. In his speech to kick off the awards ceremony, he stressed the intersection between gender equity and the UN Sustainable Development Goals.

Mr. Ban presented Steinem, Haller and Kan each with a framed painting to memorialize the award. A representative from AI also presented Mr. Ban and each of the honorees with a vial containing a grain of soil from each UN member state, donated by artist Gary Simpson from CommonGround 191.

The awards ceremony was followed by a panel discussion with Mr. Ban and the honorees, moderated by Yue-Sai Kan, an entrepreneur and Emmy-winning Chinese American television producer and host.

During the panel, Gloria Steinem stressed that the progress of the women’s movement can not be attributed to any one individual and that equal collaboration is the key to change.

“We are born into a hierarchy that is so unnecessary. The paradigm of the society of Manahatta [the pre-Columbian indigenous inhabitants of New York] was simple. They understood that we are linked, not ranked. The problem is with the hierarchical, starting with the masculine and feminine,” Steinem said.

Eva Haller discussed her drive to continually make a difference in the world, citing the memory of her brother who was killed in WWII as an inspiration.“Had he [Haller’s brother] lived, he would’ve done all the things he starting doing and now I can do some of these things to serve his memory,” Haller said.

The evening concluded with a celebratory Bollywood dance party. All proceeds from the event will go to projects supported by Asia Initiatives, a 501(C)3 nonprofit which leverages social capital to empower women and families around the world. 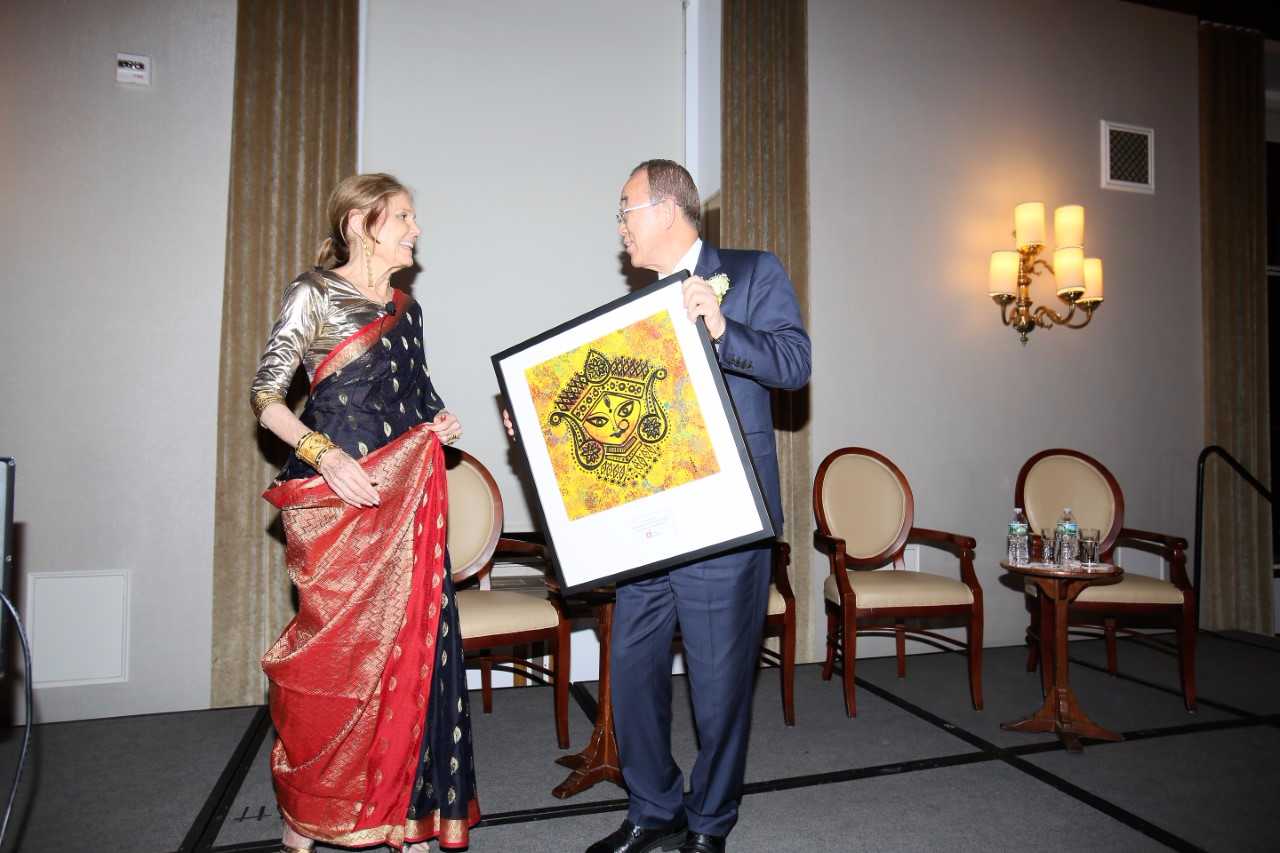