The G20 Initiative #eSkills4Girls: A Global Call for Action on the Digital Inclusion of Women and Girls 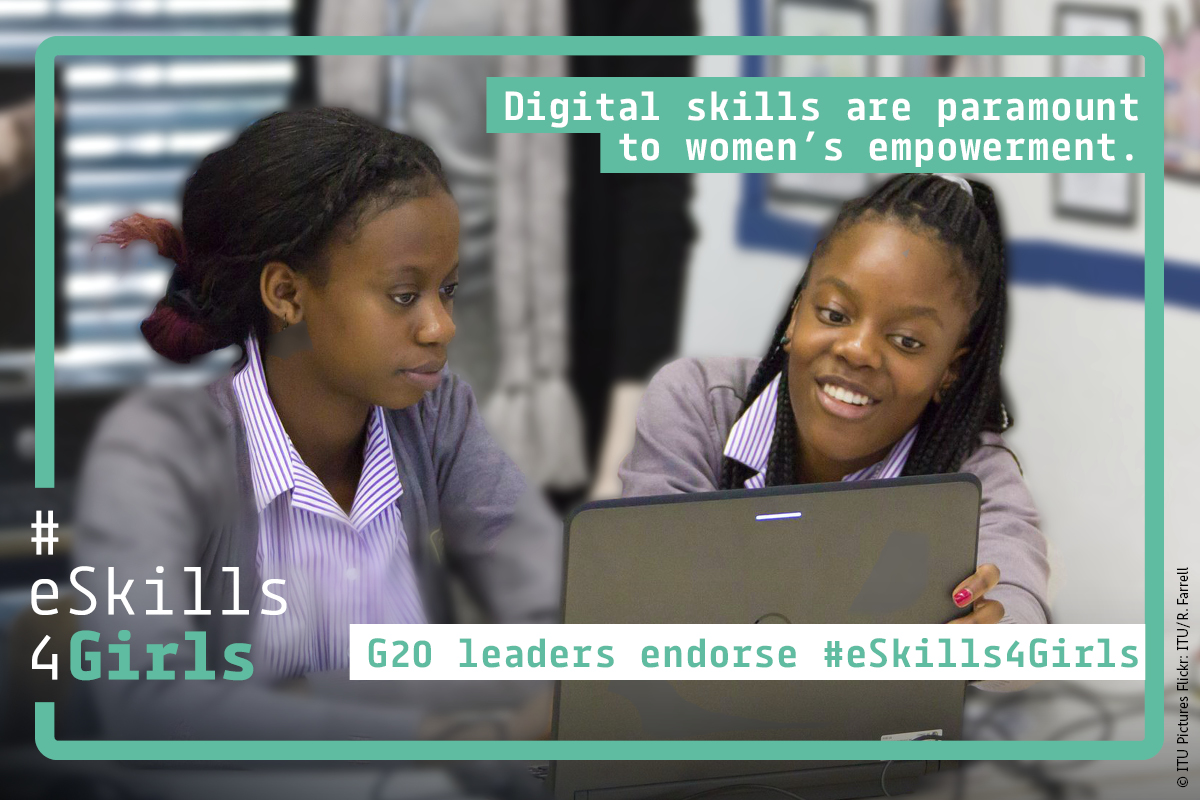 Digital skills are one of today’s key requirements for economic and social participation. But women and girls worldwide are heavily underrepresented when it comes to the use of digital technologies. There are 250 million fewer women than men who have access to the internet. According to the World Wide Web Foundation, women are 1.6 times more likely to report lack of skills as a barrier to internet use than men. What is even worse is that the gender digital divide, the difference between the internet user rates for females and males is currently increasing and not decreasing in many countries.

The good news is that there is commitment at the highest political level to invest more in the digital inclusion of women and girls on a global level. At their summit in Hamburg on 7 and 8 July 2017, the G20 leaders, the heads of state and government of the 20 major economies in the world, endorsed the #eSkills4Girls statement as an annex to their Leaders’ Declaration. The statement defines common goals to facilitate education, employment and entrepreneurship opportunities for women and girls in the digital economy.

The #eSkills4Girls initiative was initiated by the German Ministry for Economic Cooperation and Development (BMZ), who also brought the initiative to the G20 in order to make progress at a global level. Numerous activities have been implemented as part of the #eSkills4Girls initiative, such as the set-up of the eSkills4Girls.org online platform. The platform provides an excellent information exchange point for ongoing dialogues amongst all stakeholders. It was developed in a collaborative effort and with the support of UN Women.

Other activities included a global competition (“hackathon”) on practical solutions to overcome the gender digital divide, a network event of founders of African coding initiatives for girls at the event of this year’s „Transform Africa Conference” and a study featuring role models from the digital economy.

Of course, with the G20 Summit in Hamburg, the work on overcoming the gender digital divide is far from being completed. In order to continue with its work, BMZ has recently joined the Global Partnership for Gender Equality in the Digital Age (EQUALS), an initiative that includes a wide range of stakeholders. The BMZ will work, together with partners, on the digital skills track which focuses on women’s and girls’ digital skills.

The BMZ invites all partners to use this window of opportunity and the newly gained awareness and coalitions as our strength. Only together, we can make a difference for the digital inclusion of women and girls.