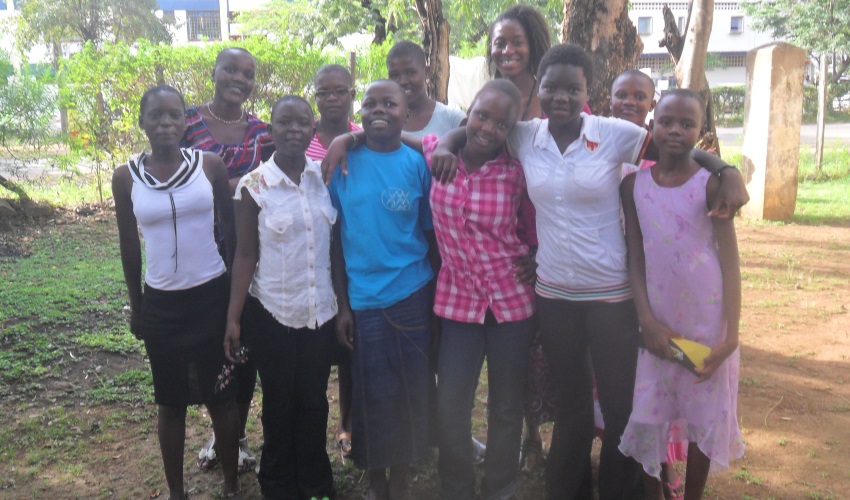 Empowering girls through education sparked a lively debate on a radio phone-in show, organized by Ms.Onyinye Edeh, the founder of the Strong Enough Girls initiative.

Onyinye, a fellow of the Institute of Current Affairs (ICWA), organized the show to explore issues that encourage child marriage, hinder education and affect lives in Nigeria.

The Strong Enough Girls initiative aims to help girls in low-resourced communities have access to role models and mentors who can advise them and provide positive guidance as they navigate the challenges of growing up.

Education is a key driver of social change and economic growth, and its importance for achieving gender equality has been well-recognized. Access to education has increased globally for girls at all levels, and particularly in primary education, over the last decade.

Nevertheless, women’s educational attainment does not necessarily translate into improved employment opportunities. Among young people aged 20 to 24 years old in Nigeria, women continue to lag behind men in labour-force participation.

Women who find employment, whether in the informal or formal sector, also face many challenges, including over-representation in vulnerable employment and in wage differentials.

“Education is the most powerful weapon which you can use to change the world.” – Nelson Mandela.

The radio discussion focused on the links between women’s education and employment, and there were plenty of questions that listeners wanted addressed.

Significant progress has been made with regard to girls’ participation in primary education, but keeping girls in school beyond primary level has proved difficult. In order to keep girls in school, economic incentives can be offered to girls, their parents and schools. Vouchers, scholarships and school supplies can be provided to encourage girls to study male-dominated subjects.

Furthermore, in Nigeria, the specific needs of girls and women should be addressed by ensuring that girls do not travel long distances from their home to go to secondary school and that the programmes offered are not too time-consuming as girls and young women often have additional responsibilities at home.

Beyond keeping girls in school, greater efforts should be made to mainstream a gender equality perspective in education curricula. Textbooks, but also teacher-training programmes, should be gender-sensitive and promote gender equality. The United Nations Educational, Scientific and Cultural Organization should organize training workshops based on its Gender Sensitivity Training Manual in Nigeria.

Most of the callers pointed out that little has been done in Nigeria to increase the representation of girls and women in male-dominated fields or in politics – unlike Rwanda where women have done well for themselves because the President surrounded himself with women in his parliament. The existence of role models is particularly crucial, be it women taxi drivers in Nigeria, businesswomen or prominent scientists, to show young girls that they can venture out and prosper in a male-dominated field. Similarly, male role models in female-dominated fields are important in order to generate greater respect and recognition for traditionally female work.

In Nigeria, do girls and boys acquire different skills outside school? If so, what are the implications on women’s and men’s employment prospects?

Gender stereotypes still prevail in Nigeria, skills acquired outside formal educational institutions by girls and boys conform to gender stereotypes. Boys train to become mechanics, carpenters, masons, cattle-herders or farmers; while girls either remain in the domestic sphere where they are taught skills that will help them with domestic and care work such as cleaning and cooking, or they train in traditionally female occupations to become, hairdressers, carpet weavers, masseuses or seamstresses. While these skills may help women become self-sufficient, they usually do not lead to a stable and secure income.

In Nigeria, among employed people, do women and men have the same access to training opportunities? What impact does such training have on the career progression of women and men?

Self-employed women who manufacture local products are often not able to compete in the global markets. They face obstacles such as a lack of business management and negotiation skills. Boys, on the other hand, may learn such skills through participating in sports, where they learn how to work in a team but also how to lead a team, and how to deal with winning and losing. A strong partnership between educational institutions and companies or manufacturers could lead to better employment prospects for both girls and boys, irrespective of their choice in training. Affirmative action programmes could also help ensure that women access male-dominated fields such as automotive, construction and electrical repairs. Moreover, vocational training and non-formal education should provide a participatory learning environment and gender-sensitive learning materials to develop the capacity of girls and boys to make informed life choices. Skills taught should also include life skills such as setting goals, the importance of personal space for growth, and teamwork. 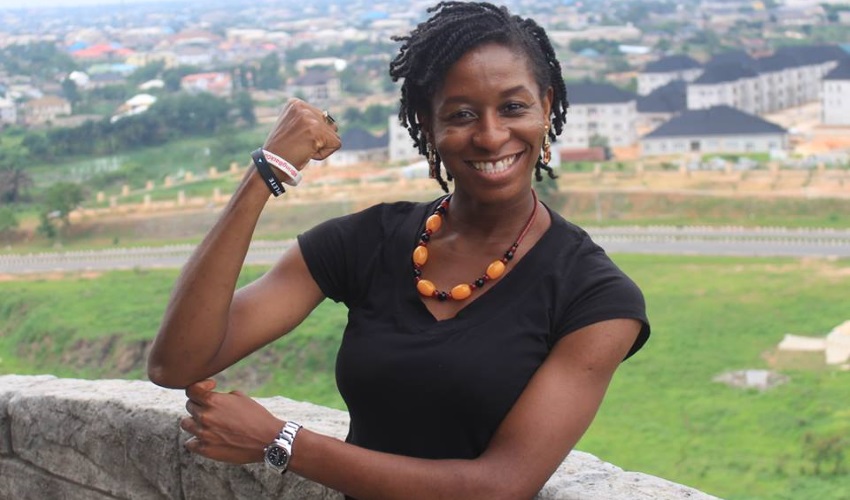 Does poor quality education have a different impact on girls’ and boys’ educational attainment and on their future career prospects?

Poor quality education for girls has a strong negative impact on both boys’ and girls’ future career prospects. One caller compared poor quality education to a blunt knife: it never succeeds in cutting anything but wastes energy, and any person using it runs the risk of cutting one’s own hand. However, the impact of poor quality education can be particularly difficult to overcome for girls because of the overall structural inequalities they face. The teacher to student ratio, the state of the school facilities – sanitation, water, benches and desks – and the processes of teaching and learning may have a different bearing of girls’ and boys’ educational attainment and subsequently on their future career prospects. For instance, in Nigeria, the mobility of some girls may be restricted due to cultural constraints. They thus may not have the option, available to boys, to attend a better school that would be located at a greater distance from their homes. While it is important to ensure that all schools provide good quality education, the Government in Nigeria can also tackle specific cultural constraints with public campaigns and awareness-raising programmes on girls’ right to education.

What policies can accelerate the integration of the growing number of young educated women into the workforce?

A variety of barriers during the programme highlighted structural constraints that prevent educated women from accessing decent work. They pointed to the role of Governments in setting labour standards and enforcing them. Government can ensure that women compete on a level-playing field when they join the workforce, by removing obstacles such as differential health insurance premiums for women and men paid by the employer, or by providing loans and subsidies for women entrepreneurs to access credit and start businesses. They can also ensure that sexual harassment is punished. Attention can likewise be paid to women's safety and the prevention of violence against women in public spaces to ensure that women do not run any risk when they go to work. In addition, governments could set gender parity targets for all levels of employment and cancel subsidies to institutions that exclude women from decision-making positions. A related issue is that of corruption. While this is not a problem specific to women, it is a real obstacle in Nigeria for educated young people that do not have connections to people who can offer them a job.

What initiatives have proven successful in helping women and girls transition from school/training to work?

Once employed, women tend to have equal access to training opportunities, but these opportunities may not offer the flexibility in terms of time and location that some women would require, or may not take into account the constraints faced by women who assume care-giving responsibilities. In addition, access to training does not translate into equal pay or faster promotion. Some participants highlighted the specific needs of older women for skills to help them adapt to issues such as sensory loss, decreasing mobility or technological changes. Adopting a lifelong approach to education and training, including literacy and numeracy programmes, is particularly important in light of societal changes such as ageing populations and changing family structures, which can lengthen a person’s working life. Another impediment to women’s labour-force participation is the difficulty in pursuing a career while attending to family responsibilities. 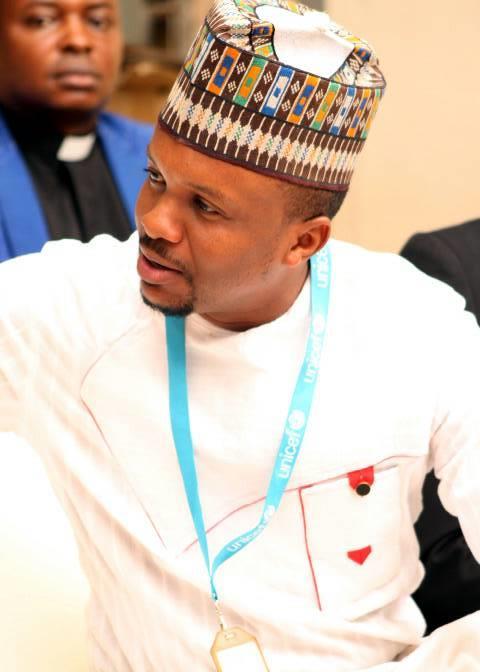 What would be your recommendations to the Government and other stakeholders to strengthen the linkages between women’s education and employment?

It is important to provide family planning information and contraception to teenage girls and boys, and women and men, to enable them to make informed decisions; and to help employees reconcile work and family by providing adequate childcare and transportation infrastructure, as well as by offering flexible leave arrangements or tax incentives for women to remain in the workplace. Labour-saving and time-saving devices, for instance those related to fuel, wood, or water collection, have also proved useful in allowing women and girls to invest time in education and employment.

It is increasingly in the interest of the family to have both spouses working. Some people have argued that marriage restricts women’s control over their employment choices. In some instances, women who graduate are forbidden by their husbands to be gainfully employed. In many cultures in Nigeria, women are supposed to dutifully follow the advice of their husbands on employment and other matters. Participants pointed out that education and anti-discrimination laws are not enough to encourage women’s employment and that women’s empowerment within the household is also necessary.

Participants in the show made many recommendations, asking the Government to:

It was also suggested that Civil Society Organizations (CSOs) should increase awareness of issues related to women’s education and employment, and put pressure on Nigerian Government to fulfil their commitments.