The Only Way to Predict My Future Is to Create It 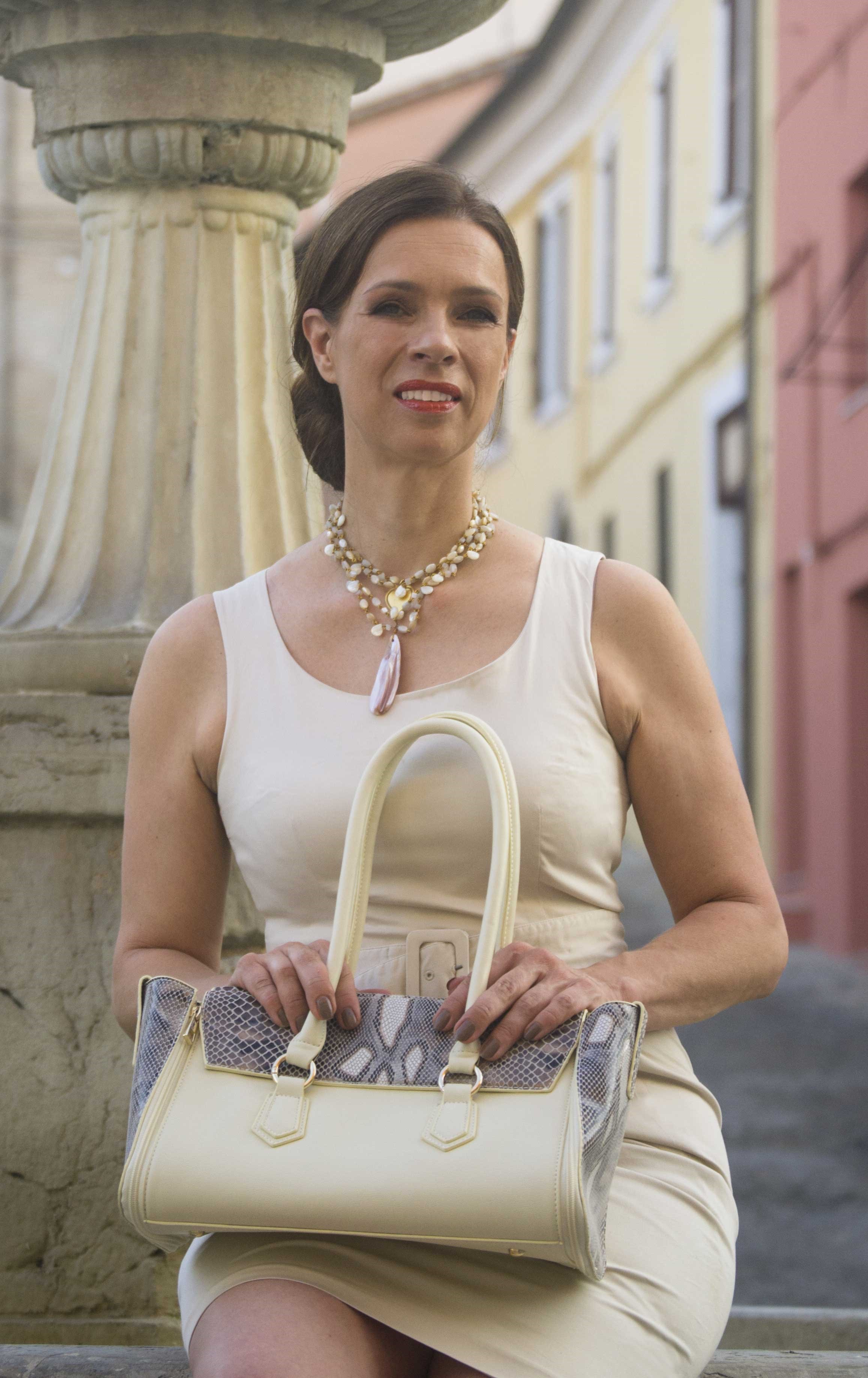 My name is Monique Bodegom; female owner of an exciting but struggling start-up, and single mum. Five years ago I decided that the only way to predict my future is to create it! So...ok, let’s start in 2002 when I sold my perfumery shops in the Netherlands and moved with my retired husband, toddler and little baby, to Italy, to live our dream of restoring an antique villa.

In 2004 my husband lost all his money on derivatives and there we were, in a foreign country with only a half-restored, unsaleable, Italian villa and no money. Since my husband had never learned to speak Italian, I had to find a job and become the bread winner, while he stayed at home with our small boys. I found a job as Italian country manager for Marlies Dekkers, a Dutch lingerie brand. After one year they decided to fire all the country managers and continue with distributors only. I had to become a distributor; I had no funds to start with, but somehow I managed.To differentiate and spread risk I started a sales agency for the Dutch jewellery brand Rodrigo Otazu and later added Pilgrim, Friis&Company and Axel Accessories.

I opened two shops. We didn’t make a lot of money but we survived – until the 2008 crisis when our sales decreased and our clients couldn’t pay their invoices. Marlies Dekkers, Otazu and Friis & Company went bankrupt, leaving us with the damage and unpaid commissions. In 2011 my marriage ended in a nasty divorce and now I had to financially take care of two households and cope with a life-threatening stalker and two damaged, innocent kids. It was very difficult, both emotionally and financially.

Then, one day, in 2012, I wanted to put on my favourite black heels and found they didn’t match with my favourite black dress. I thought about all the customers entering my shop but leaving without buying anything because they couldn't find what they wanted. I realized “personalization” was the key!

I asked myself why a small group of – mostly male – designers still dictate the trends, and do we really want thousands of other women wearing the exact same stuff as us? Don’t we all want to feel unique?

Using my 25 years of experience in luxury goods, the idea for a new Italian brand, based upon personalization and a fun, new and innovative shopping experience started to form in my head. Inspiration was found in other succesful personalization examples such as IKEA, LEGO, NIKE and SMART. Because, if we can personalize our cars and our kitchens, then why not something so personal as our shoes and bags?

I started up CIAOBELLA, an Italian fashion accessories brand that makes bags and shoes and delivers them in “modules”, which allows women to design their own unique bags, using an easy 3 D designing app on their smartphones or computer, or on a touchscreen kiosk in a store. They are ready to wear in five minutes, and customers can keep changing the design and colour combination as often as they want by just adding or taking away modules. This is like Lego for fashionistas. It gives women the opportunity to be creative and unique.

Developing this brand, software and concept was challenging enough but the most challenging part had yet to come – fundraising! I have worked on this concept for five years, and invested everything I had, plus money I have borrowed.We are ready for launch now, but I can’t find the business partner/investor to make the last step to production. What I didn’t realize (as I have never felt disadvantaged as a woman before) was how hard it would be in a man’s world to raise money for a project made by women for women. “Female entrepeneurs” and “fashion” are not what most male venture capitalists feel affinity with, to say the least.

Most investors have very effective gatekeepers, who make it very hard to contact them without an introduction. But what if you don’t know the right people to introduce you? Does that make you a less competent entrepeneur? In short, some of the best ideas will never be realized because they never reach the right desk.

Let me not get started about the insulting or plain ignorant reactions I have received. When I explained how my concept is based on IKEA’s success, one investor told me: "But you know how many people DON’T buy at IKEA because they don’t like the DIY idea?” (Yes… But I was looking at the millions of people who DO buy at IKEA). Another one suggested: "Why don’t you just buy a sewing machine to start making bags?" (Maybe you should have read my business plan, it is about a omnichannel retail concept, not about selling 10 bags.) Then there was the man who announced : “I don’t know anything about bags or your business...But I don’t want to invest because I don’t like your bags"

I was even told: “Bring a man with you when you pitch, doesn’t matter if it is only the boy from the post room.”

I lost count of the number of times I was told: “Come back after you have launched the product, we might want to invest in the next round”. Er… but how exactly can I launch without a first funding?

I was told numerous times to change my project into a “tech” project. This completely ignored my background (retail), my strength (retail), my experience (retail), my concept (retail) and my business plan (omnichannel). E-commerce is, indeed, very important and certainly an important part of my business plan, but CIAOBELLA is not a tech project. Some 80 % of fashion is still sold in real, bricks and mortar stores.

The words “female founder”, “retail” and “fashion” don’t seem to be what investors want to hear, so I am told over and over again (by men who often turned out to have never read my business plan) to change the plan into something investors DO want to hear. Tech is the buzz word. I am called stubborn many times, but how can I launch my project, adjusted to what the investors want, knowing it won’t work that way? It is my blood, sweat and tears; my dream, my project, my baby, my life, my financial future.

I have struggled, fallen, kept going, been mislead, been sexually harassed, fought off scammers, been given false promises, and been let down by people I trusted. I dare say that very few people would have resisted this long, or would have had the courage, determination and strength to stay on their feet. But unfortunately it was not enough and I can’t share a success story with a happy ending. I think it’s a bloody shame that a capable, experienced and determined woman, who in the past has proved to be more than qualified to set up businesses from scratch, has to give up.

Sad conclusion; a lot of great female entrepeneurs will never realize their projects because they lack the right network – even though it is proved over and over again, that female-led companies are more successful and produce higher returns on investment, socially and economically.

This is why women's economic empowerment means so much.