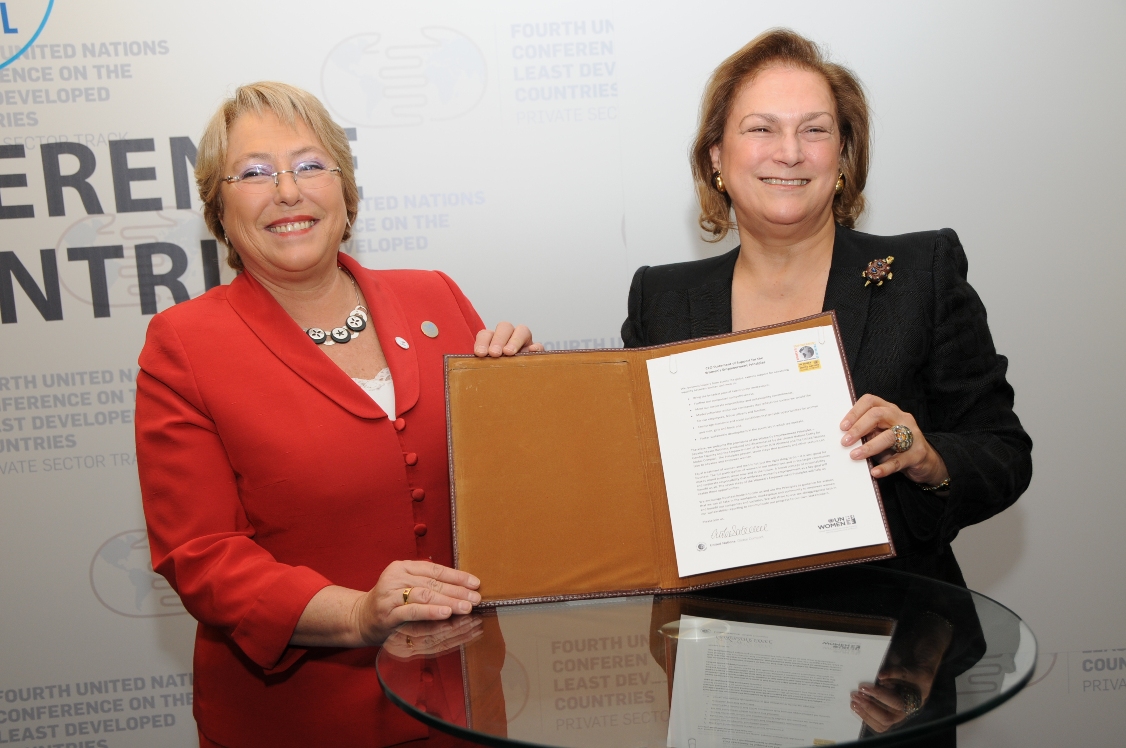 Sabanci Holding, one of the largest conglomerates in Turkey, is at the forefront of the gender equality movement in Turkey. Some 38.5 % of its white collar workers are women, which is above the average rate for Turkey. Some 15 % of its managerial positions are held by women and, in 2015, 52% of women employees were promoted. Its Chair is Güler Sabancı, a third-generation female member of the Sabancı family, and the first woman to run the company. She is also an Executive Board Member of the UN Global Compact.

Sabanci Holding became the first Turkish signatory to the Women’s Empowerment Principles (WEPs), in 2011. Güler Sabanci decided to sign the principles in order to support the cause of gender equality in the workplace and trigger a positive change in the business world. After signing the statement she submitted it to Michelle Bachelet, former United Nations Under-Secretary-General and Executive Director of UN Women, and President of Chile.

A booklet of principles was then distributed to 600 executive team members of Sabanci Holding. This was followed by Güler Sabancı’s keynote address at United Nations at a special event marking the second anniversary of the launch of the WEPs. Also in attendance were United Nations Secretary-General Ban Ki-moon; Dr Bachelet; and many dignitaries from around the world.

In 2015, Güler Sabanci rang the opening bell of Borsa İstanbul as a part of the global event series called “Ring the Bell For Gender Equality” which is co-organized by UN Women, the UN Global Compact and the Sustainable Stock Exchanges Initiative (SSE) to raise awareness about the importance of gender equality and women’s economic empowerment. After ringing the bell, she called the business world to sign WEPs.

The Sabanci Foundation, a charitable institution set up to promote social development and social awareness among current and future generations, was a founder and partner of the “Joint Programme to Promote and Protect Human Rights of Women and Girls”. This was implemented in six cities in partnership with all of the United Nations agencies, the Ministry of Interior and Sabanci University. The programme was a unique project in the sense that it was simultaneously supported by all United Nations organizations in Turkey. It has been selected by the United Nations Population Fund as one of the “Model Projects”, which could be replicated elsewhere because of its best practice. It is the second joint programme funded solely by the Sabanci Foundation and implemented in partnership with the United Nations Development Program (UNDP), UN Women, Ministry of Interior, Ministry of Education, Ministry of Family and Social Policies, Sabanci University and the Union of Municipalities of Turkey. The programme was run in 11 pilot cities between 2012 and 2015.

Sabanci Holding will continue to work for empowering women in all areas of life with its all institutions.

Concepts of WEE
7 of 7 comments