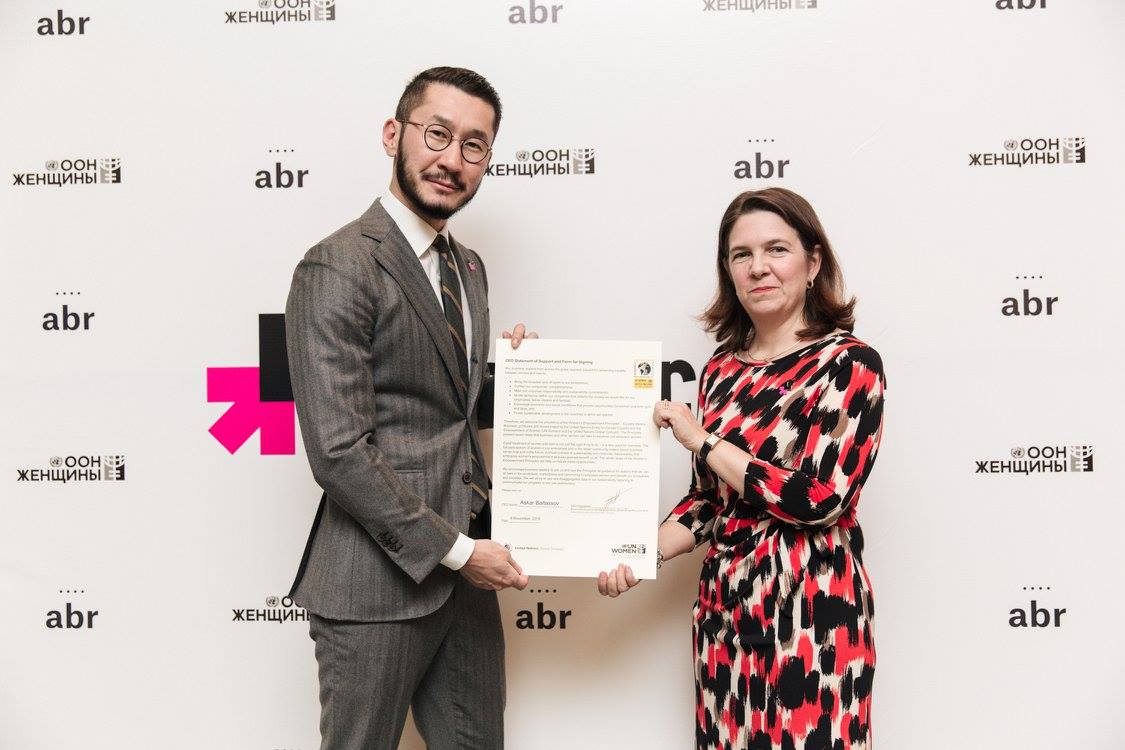 The largest restaurant chain in Kazakhstan has become the first organization in central Asia to sign up to the United Nations Women’s Empowerment Principles (WEPs).

The WEPs were launched by the United Nations Global Compact and UN Women in 2010, after a year-long international consultation, to provide guidance to businesses on how to empower women in the workplace, marketplace and community. The WEPs emphasize the business case for corporate action to promote gender equality and women’s empowerment. They are based on real-life business practice and advice from across the globe.

Askar Baitassov, the CEO of AB Restaurants, which employs 850 people, signed up to support the WEPs in Almaty on 8 November 2016. He said: “When we looked at our company’s composition, we realized that 80 % of our employees are women. Our company is successful thanks to women. Managing a company is about managing talents, which can be implemented only if there is no place for prejudice and discrimination.”

Two of the top managers at the restaurant chain are women. However, according to the World Bank, 44.2% of small and medium-sized businesses, but only 4.2 % of large corporations in Kazakhstan are headed by women; the gender wage gap is 33%. Women and men tend to do different types of work, with women occupying lower levels of the labour hierarchy. Some 70% of workers in the health, education and social services are women, with many women having to work outside the home, but also taking care of their children and household chores.

Elaine M. Conkievich, UN Women Representative to Kazakhstan, Tajikistan, Turkmenistan and Uzbekistan, said: “Gender equality is not the prerogative of NGOs, Government and international organizations. Companies should also engage in promoting gender equality. That’s why UN Women and the UN Global Compact initiated WEPs. We commend ABR’s commitment to be a champion of gender equality among businesses in central Asia.” 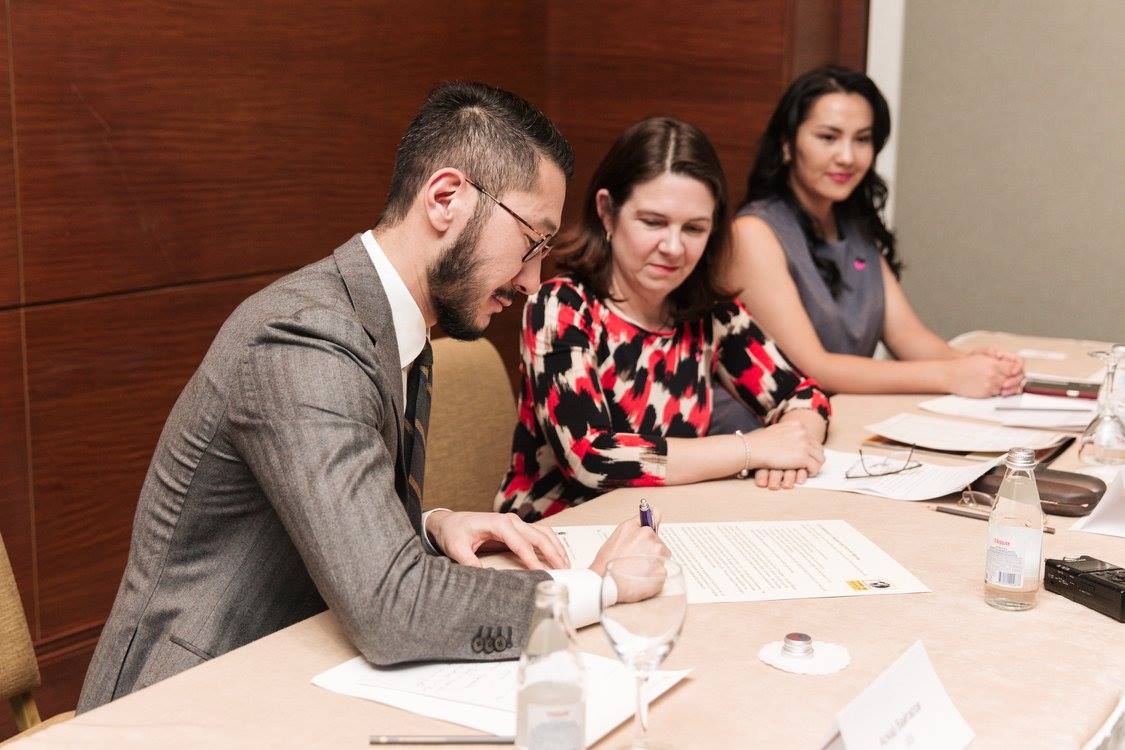 AB Restaurants have also joined the HeForShe Campaign, a solidarity campaign for the advancement of women initiated by UN Women, and are planning to support WEPs in several ways. The company is particularly keen on its sixth principle – Promote equality through community initiatives and advocacy. Its campaign will cover:

In brief, the WEPs aim to:

The business case for WEE Business institutions
12 of 12 comments