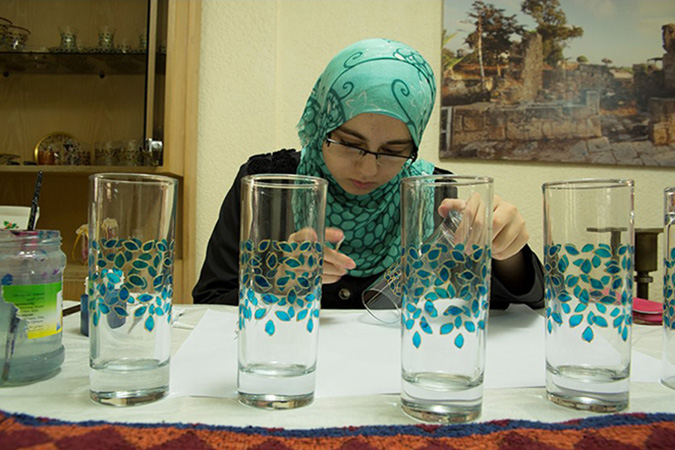 “When we were forced to leave our country, I never thought that a community in Lebanon would accept and treat me as an active member, the way I have been at the Kfeir Women’s Working Group” says Hiba Kamal, an 18-year-old refugee from Syria who travelled to Lebanon with her family five years ago fleeing instability in her own country.

Kamal is among more than 1.5 million refugees from Syria and its neighbouring countries, hosted by Lebanon. The massive influx of refugees accounts for 25 per cent of the total population in Lebanon and puts unprecedented pressure on the Lebanese economy. There is an ever-increasing demand for public services and significantly stronger competition for limited resources and employment. 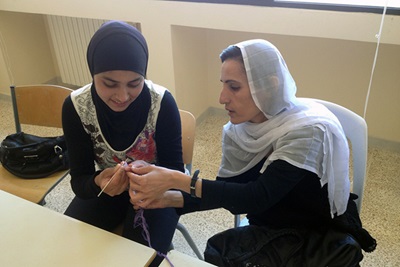 The protracted refugee and migrant crisis has led to increased tensions between host and refugee populations, especially in the poorest areas, where refugees tend to concentrate. There is a higher risk of insecurity, sexual and gender-based violence [1].

Women, both Lebanese citizens and refugees, often suffer more discrimination due to the prevalence of prejudiced laws and cultural stereotypes. They are frequently either restricted at home, or relegated to finding low and unstable income within the informal sector without social protection.

To improve women’s access to employment and markets, the Amel Association, a grantee of UN Women’s Fund for Gender Equality, implemented a three-year project from 2012 – 2015 in the south of Lebanon and the suburbs of Beirut. The project has impacted over 1,000 rural and refugee women, who have learned how to create, brand and commercialize high-quality handicrafts, such as embroidery and accessories, organic and agro-food products, following the highest quality and sanitation standards. 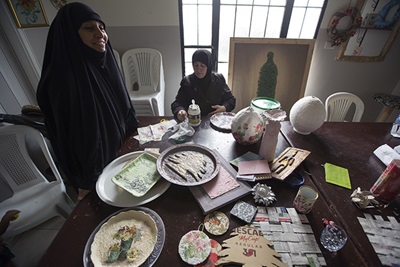 By mixing traditional techniques, materials and designs, the participants of the MENNA project create unique and marketable products under the MENNA brand. The interactive workshops where refugee and Lebanese women learn and work together has also created spaces for dialogue and coexistence. Photo: UN Women/Joe Saade

Through interactive sessions, where refugee and Lebanese women learned and worked together, the programme also created spaces for dialogue and coexistence to build social stability. “The [Lebanese] women started teaching me their traditional needle work and I was genuinely happy to share with them all the traditional practices that I had learned from my mother and grandmother in loom work,” shares Kamal. By mixing traditional techniques, materials and designs, participants link their cultural heritage and history with the products, making them unique and highly marketable.

“We started seeing real results of our work when some of the women started creating their own products and started exhibiting them. They grew stronger, more confident and set inspiring examples for other women in the area,” says Safaa Al Ali, Programme Manager at the Amel Association.

The organization facilitated an alliance with 13 other civil society organizations and cooperatives doing similar work to create the first economic network for women in Lebanon, called “MENNA” (meaning “from us” in Arabic language). Today, more than 300 refugee and rural Lebanese women producers sell soaps, candles, accessories and handicrafts directly to the public in a shop in Beirut also named MENNA.

“I came to Lebanon as the crisis began in Syria five years ago…it was hard to find a suitable job as a refugee and I could not access the formal business sector,” shares Mona Hamid, a 51-year-old Syrian refugee living in the suburbs of Beirut. “By joining the MENNA network at Amel, I gained skills to sell and promote my items at local businesses and also showed them at exhibitions.”

The success of the initiative prompted Amel to create a MENNA catering service in February 2016, opening up more income-generating opportunities for women. 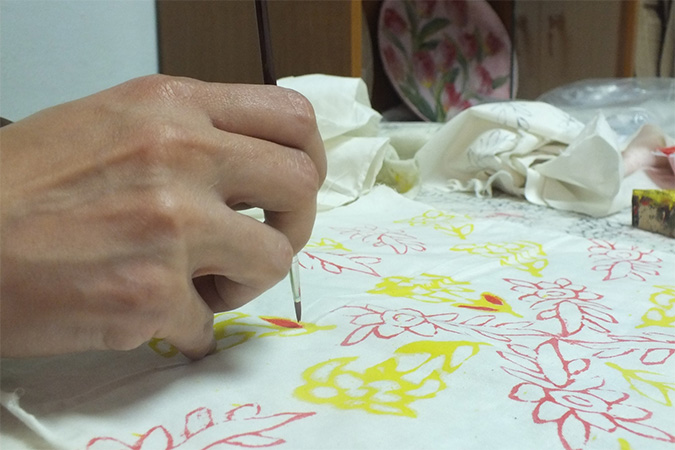 Over 1,000 rural and refugee women have learned to create, brand and commercialize their products. Photo: UN Women/Joe Saade

The MENNA brand has brought together Lebanese and refugee women in a way that has benefited entire communities. “The importance of this project is that it respects the culture and skills of refugee women and assists them in integrating into the host community. It is a model that works, not only to make women agents of their own economic empowerment in a fragile context, but also as a way that brings them together to work for a common goal, thus building social stability and sustainable peace,” notes Rana El-Houjeiri, Programme Specialist for UN Women’s Fund for Gender Equality in Lebanon. The Fund is now building upon the success of this project by supporting similar initiatives in Lebanon and other countries in the Arab States region.