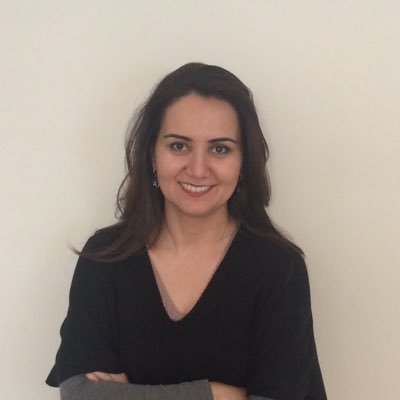 Q&A with Zeynep Alemdar, Founder of the Women in Foreign Policy Initative

Zeynep Alemdar is a professor of political science and international relations at Okan University in Istanbul, where she also heads the European Union Research Centre. She is an EASI-Hurford Next Generation Fellow, specializing in the role of civil society, democratization and women’s participation in politics in Turkey. She is the founder of the Women in Foreign Policy Initiative.

I have always been interested in international politics. The world is vast and exciting, and we are usually bottled up in localities. The problems of localities, though, are very similar all around the world. I was always a problem-solver and I worry about what I see as big problems rather than small, so I am interested in foreign policy. I should also underline that I do not particularly believe in a distinction between domestic and foreign policy today: they are very much interdependent and in constant interaction.

What challenges do women face in international politics?

There are times when it is hard to be a woman in my job. International politics is a very male-dominated environment. Politicians, academics and bureaucrats are predominantly male. Moreover, the concepts we use to describe and study international relations – such as rationality, force, power, hierarchy, anarchy and sovereignty – are laden with male values. Being rational, forceful, powerful and sovereign are qualities usually attributed to men. So when people see a female political scientist studying feminist concepts of power or peace, their first reaction is usually a chuckle, followed by confusion.

Feminist security studies disentangles the ways we understand war and peace and international relations so it can be hard to get our points across. I have been told I am a ‘sleeping beauty’ for being an optimist and believing that the world and the way we do things can change. I have also had colleagues who did not want to hear what I had to say because I was challenging them from an angle that they had not previously conceived.

Why did you start the Women in Foreign Policy Initiative?

When I was approached to submit a visionary project for the future of the Euro-Atlantic Security Initiative in 2014, my idea was clear: we need a fundamental shift in our understanding of conflict and this is possible only if we increase diversity in decision-making and policy implementation.

I believe that, if women of the region who believe in the necessity of avoiding wars and promoting peace could come together, there would be a greater chance of transforming relations among states and societies. Yet very few women are interested in foreign policy and security issues and women are not encouraged to voice their opinions, let alone to step up to decision-making positions. I see this very often in my students. Male students have no difficulty in dreaming of becoming President, yet it does not even cross the female students’ minds.

Therefore, I consulted with two of my talented friends, Rana Birden Çorbacıoğlu and Christina Bache Fidan, and we decided to start this Initiative to encourage and empower young women to become leaders in foreign policy fields.

What has the Initiative achieved so far?

We have organized a speaker series, with the support of the Hollings Center for International Dialogue, which has allowed young women to interact with various role models.

Speakers have included female politicians such as Asma Khader, former Minister of Culture of Jordan and President of the Sisterhood Is Global Institute Jordan, Diana Janse, former Ambassador of Sweden, and Loubna Amhair, Member of the Moroccan House of Representatives. We have also had male speakers, including Ferhan Salman, senior economist and member of the Gender Advisory Group of the International Monetary Fund.

The speaker series has provided an opportunity for young women to discuss challenges and address solutions to various foreign policy problems in a secure and free environment without fear of judgement.

What is next for the Women in Foreign Policy Initiative?

We are emboldened with the positive reactions to our Initiative and are working on expanding further to improve the skills of young women in Turkey and across the region.

We plan to increase our network and to continue our work consulting with key civil society organizations and carrying out advocacy work in areas where we feel women have more to say. We are also designing training to help us reach younger women with fewer advantages.

What would you recommend to a young woman who would like to pursue a foreign policy career?

Be strong, don’t give up, work hard, play fair, and support other women.