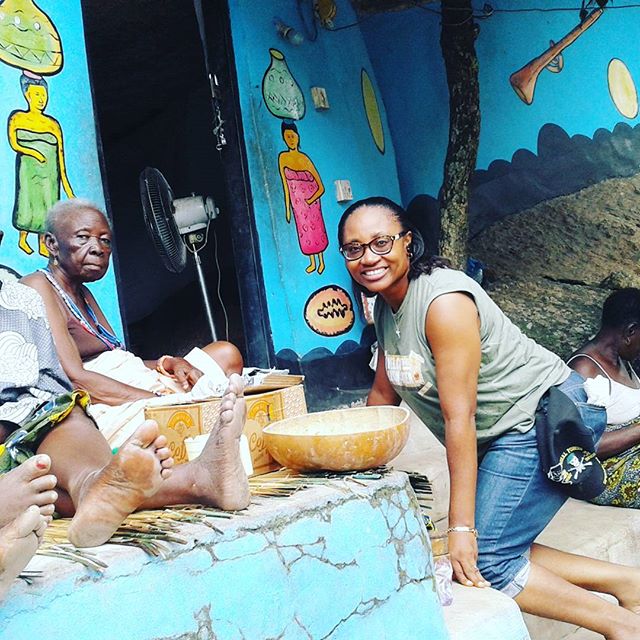 The Olumo Rock is a symbol of the rich history of the Egba people in the state of Abeokuta Ogun, southwestern Nigeria. It is a source of strength and pride for the Egba and all the rites and worship in the Egbaland is made possible by the presence of this rock and the spirits within it.

Chief Mrs Sinatu Aduke Sanni, who claims to be 131 years old, has lived all her life on the Olumo Rock and has dedicated herself to worshipping the god of the rock, which she believes protects her and provides her with everything she needs.

Seen as a goddess, she is instrumental in the many rituals that take place in the Egbaland, including the annual celebration of the rock’s deity and the coronation of the Alake of Egbaland, the paramount Yoruba king of Egba.

The annual celebration of the Olumo Rock god is characterized by sacrifices done on behalf of those who come from all over the world to ask favours of the god.

Sinatu is also believed to be the caretaker of the many landmarks found near the rock. These include the “tree of life”, which provides the leaves used to crown the Alake of Egbaland. The tree grows in front of the rock and its leaves are evergreen. There is no king in Abeokuta crowned without those leaves and there is no Alake of Egbaland crowned in history without them.

Local legend has it that Sinatu has witnessed the coronation of four Egba kings since 1898. It is she who completes the coronation rites of the Alake of Egbaland by handing over the leaves from the ‘tree of life’ to the king makers.