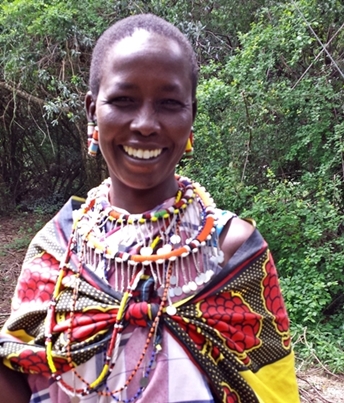 Nalakiti Sayaiael took part in trainings that helped her increase her income and become a leader. That training is now available for free online for other women around the world.

Nalakiti Sayaiael has a slow but fierce smile punctuated by the custom-made gap in her lower set of teeth. As she shares her story in Maa, the local language, that gap forms part of the sound. Her hands, meanwhile, stay in motion. She's finishing a bright blue bracelet that ties together her traditional beading skills and a new understanding about international markets.

Melding new knowledge with old skills has led to a dramatic change in her household — and in her sense of self.

Nalakiti lives in Talek, a community adjacent to the Maasai Mara National Reserve in Kenya. Although separated from Kenya’s urban areas by rough, unpaved roads, the place and its people are being transformed by external forces. More frequent and severe droughts in this semi-arid region threaten subsistence livelihoods based primarily on cattle. Grazing areas are limited by a conservancy movement that sees the Maasai trade parcels of land to outside interests in exchange for regular payments. Add to this mix a growing tourism industry, which imposes new customs to satisfy tourists’ preferences. 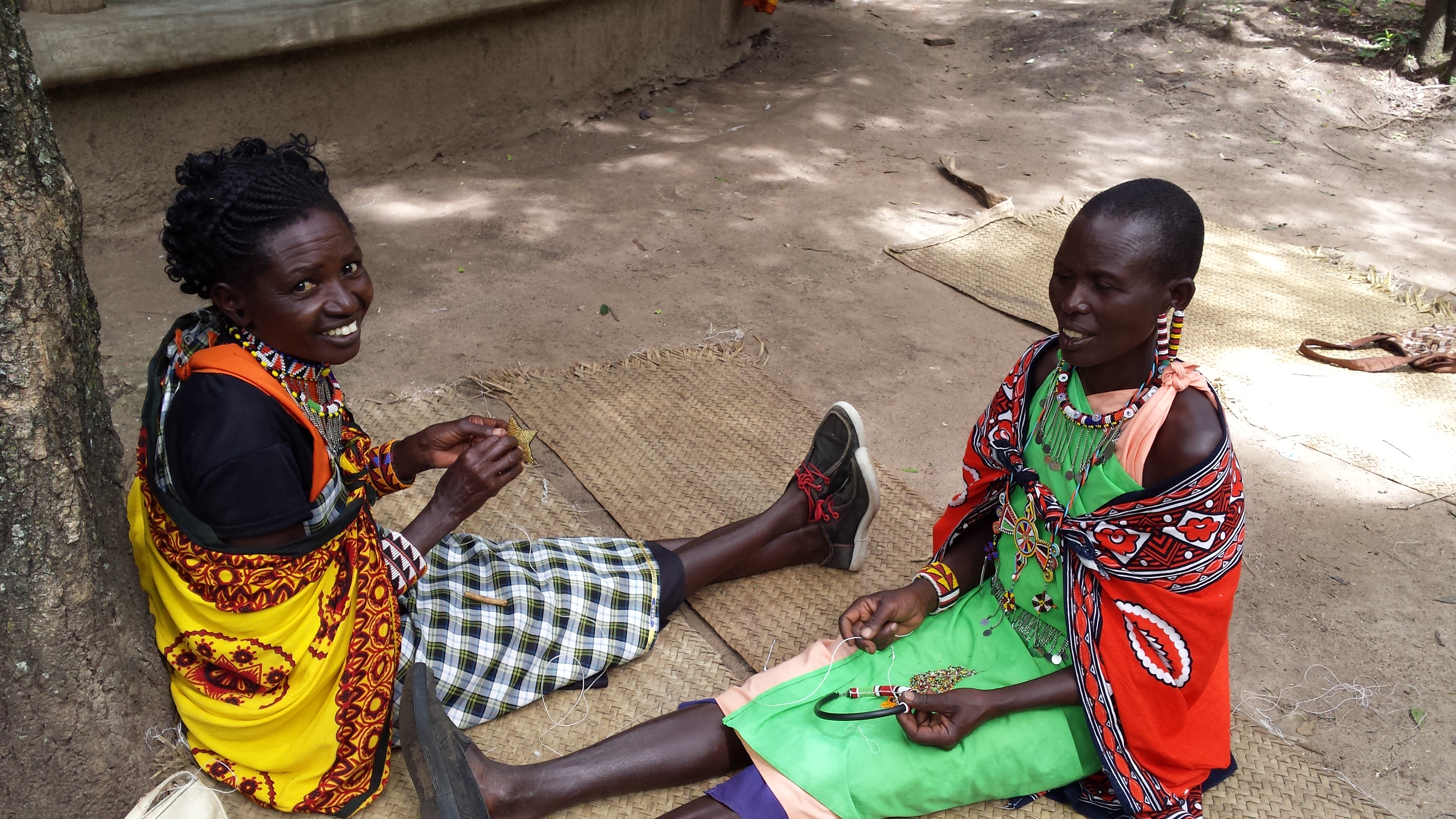 Photo credit: WIEGO. The women who produce for Basecamp Maasai Brand say learning to do things better has improved their lives. They too have spent their increased earnings on livestock, on more functional homes, and most especially on education for their children.


BMB gives women like Nalakiti an opportunity to make and sell traditional beaded crafts in a global marketplace. It is a member of the Kenyan Federation for Alternative Trade (KEFAT), a fair trade network. And through KEFAT, these women have received training that has expanded their opportunities.

Beginning in 2009, KEFAT partnered with the global network Women in Informal Employment: Globalizing & Organizing (WIEGO) to equip poor informal women workers with knowledge about leadership and business. The training project was funded by the Ministry of Foreign Affairs in the Netherlands.

Nalakiti is one of the women who benefitted from the trainings. She not only learned new skills, but became a leader, overcoming her innate shyness to help other women learn to earn a better living. In 2014, her newfound confidence helped her win election as the chair of BMB, which has grown into a 120-member community-based organization (CBO) now independent of its parent foundation and officially registered with the government.

According to Jemimah Lenjirr, BMB's coordinator, registration is crucial for women’s groups. It offers access to government funds and gives women voice. “When you are alone, you cannot claim your rights,” she says. “But when you are together, you can negotiate.”

But it also means BMB relies solely on sales to sustain its operations. Currently, its buyers come from Europe and the USA. Most place orders online, though some ask for custom designs. BMB also sells products on consignment in some of Nairobi’s gift shops.

All training was free, and women pay no membership fee to belong to BMB. Their buy in is their skill. BMB provides the beads and other material, and instruction on new designs. A woman is paid for each piece she makes—and paid fairly, because BMB is Fairtrade certified.  Women do some of the work at the BMB Art Centre, but much of it is done in their homes, where many also produce their own products to sell independently.

Recent training in new techniques and quality management, alongside basic business skills and financial topics like saving and diversifying their income, have bolstered both BMB and individual earnings.

In fact, Nalakiti says the earnings from her beadwork are now significant—about 20,000 Kenyan shillings every two months. This has allowed her to build a bigger, more modern house, buy a water tank, and share in the cost of schooling her five children. Nalakiti’s husband also contributes to family expenses, but his income from cattle farming is not high and he has three other wives with children to support. 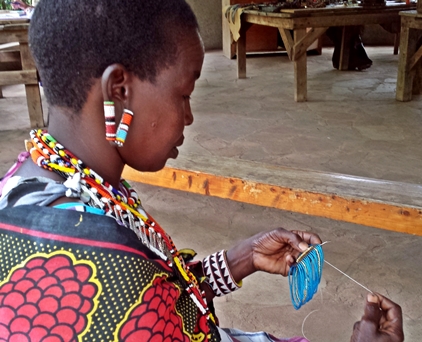 Photo credit: WIEGO. Tracking their time and costing products accordingly is one of the key things the women say they learned. When Nalakiti was nearly finished this bracelet, she held it up and said, “When I’m beading this, I know how much I will get for this product.”

Recently a group of the women went together and each bought a gas cooker for 5,000 Kenyan shillings. The cookers save time. Now if Nalakiti is delayed with work, she said, she can prepare the evening meal without having to take time to fetch wood and make a fire.

She has also reinvested her earnings to diversify her income. The trainings taught her that she could own property—ownership and other rights were also part of the training—she purchased cows and sheep. These give her additional income streams.

Many of the women who had gathered also talked of how much it has meant to them to learn to do things better. They too have spent their improved earnings on livestock, on more functional homes, and most especially on education for their children.

“Women now are able to know that they can have their own money and have control over it. They can say ‘This money can take my daughter to school,’” said Jemimah.

One woman noted that what has really changed is the respect that the women are afforded in the community.

Now, other women’s groups can benefit from the same training that changed the lives of Maasai women in Talek. A full training kit is available for free download.

Leading the Way for Gender Balance

A Call to Action: Engaging Men in Gender Equity

Leading the Way for Gender Balance

A Call to Action: Engaging Men in Gender Equity