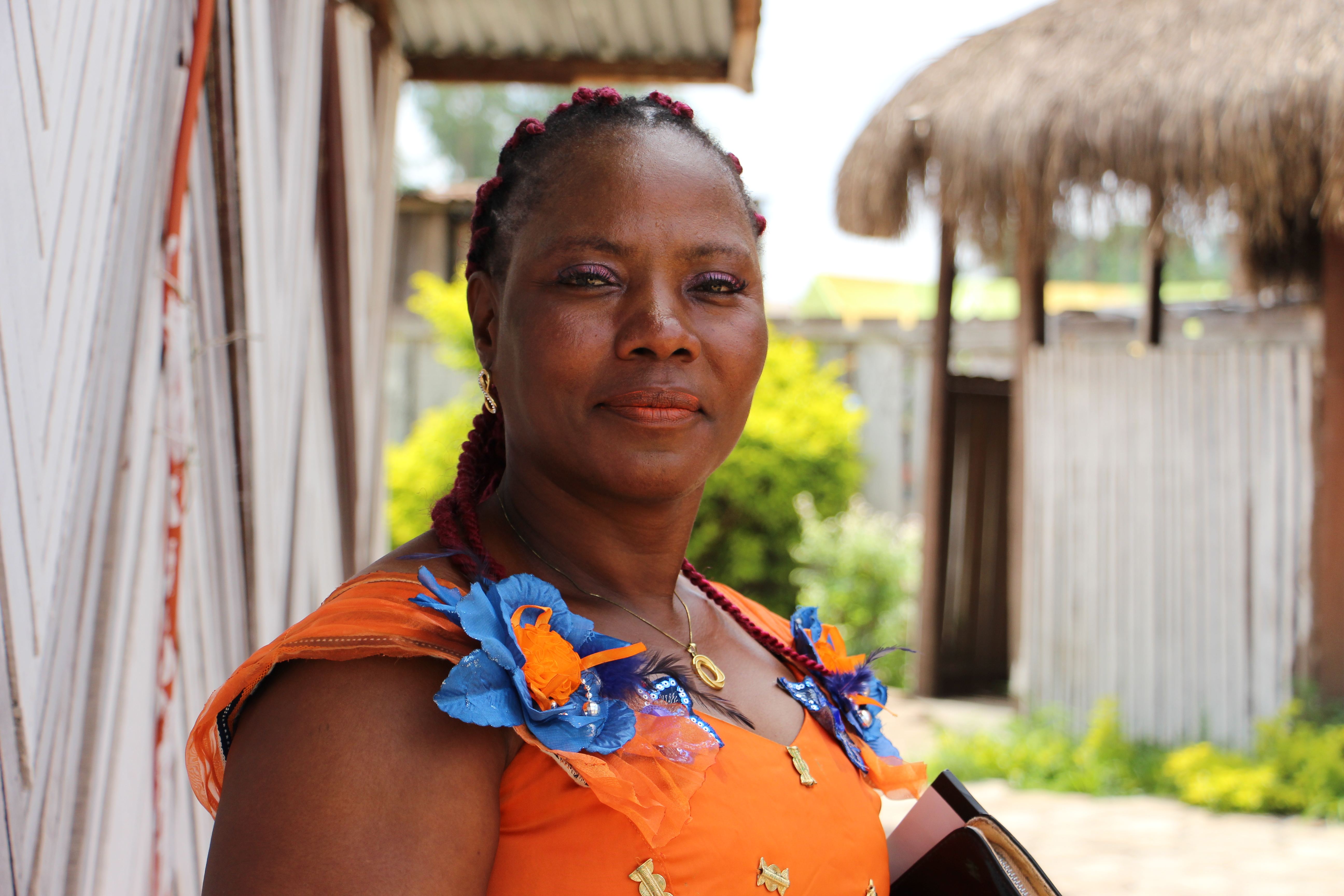 Marie Droh is the President of the Amazons of Danane, a group of inspiring Ivoirian women who rely on a common basket fund “tontine” to fund their trade businesses and mutually support members. Marie Droh displays a proud smile when she welcomed the UN Women Côte d’Ivoire Team in her newly expanded restaurant “The Jackpot”. She is one of the 486 beneficiaries of the 2014 UN Women-UNHCR joint programme that aimed to support women traders and ease the social and economic reintegration of 227 repatriated women victims of the civil war. The programme focused mainly on the development of income-generating activities and raised awareness on the importance of social cohesion through local women’s networks.

Marie’s road to success is paved with challenges but inspiring. She speaks shyly of her past. She had her first daughter when she was 16 and had to leave the busy city of Abidjan to go back in her village and work in the fields. The war in Liberia in the 1990s disrupted the lives of women cross-border traders in Danane and Marie ended up marrying a Liberian soldier. She moved to Bouaké with him where she gave birth to their son. After their divorce, she moved again, to Abidjan to make a living but felt home sick "it's always better at home." In 2010, she opened her first restaurant.Concurrently, the women traders association “the Amazons of Danane” was being reestablished. Marie is appointed President of the association in 2014 and serves as the spokesperson of her community to voice their challenges and recommend solutions to local authorities. Many members benefitted from the basket fund commonly called “tontine” to develop their trade activities: fabrics, rice, shoes, red millet, palm oil, etc.

Like a true Manager, Marie runs today her restaurant commonly called “maquis” in Côte d’Ivoire. It is strategically located on the Town Hall Square of Danane. The “tontine” of the Amazons of Danane enabled her to fund its renovation and expansion. One year and a half later, UN Women Côte d’Ivoire proudly reports that the activities of the joint programme beneficiaries are booming. In Danane, 25 urban and peri-urban associations and women's groups were funded. The funds were mainly used as an initial investment to support production, food-processing and trade activities. One of the women’s organizations producing attiéké (local cassava couscous) is today exporting to neighboring countries such as Guinea, Liberia and soon Burkina Faso. Marie is looking forward to finishing the courtyard of her “maquis”under the palm trees and banana trees. Her dream is “to build a guesthouse for travelers passing through Danane.”