The Reality About Being a Professional and a Mom in Peru 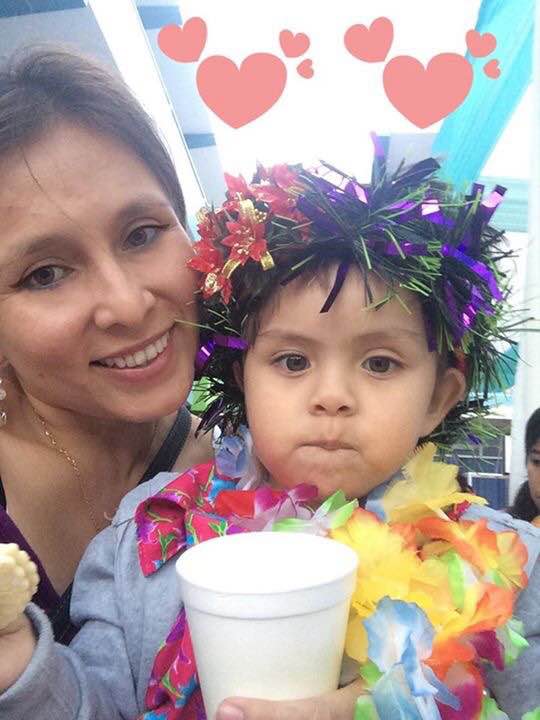 When I was 16 years old, I decided two things: to one day become a mother as well as a medical doctor. So that is what I planned to do with my life.

I had to study for almost eight years to become a doctor. After that, I studied one more year for a postgraduate degree. I also took many other courses to learn more about my future career. When I was 30 years old, I became a mother, a single one. I thought I was ready. I had three jobs, quite a supporting family (my mom and especially my dad), and a good bank account. At the end, though, all those efforts and support amounted to nothing due to the injustices that the labour laws of my own country inflicted upon me.

In Peru, if you are a woman and you have an official contract with your employer for at least six months, you have the right to maternity leave for a total of 98 days (yes, days!) of prenatal, natal and postnatal paid days.

In this scenario, the great majority of women prefer to keep working unrestrictedly practically until the delivery day, usually one or two days before delivery, and only then start using their 98 days of leave. This means that you would have to leave your three-month old baby at home. There is no difference if your baby happened to be born with special needs, if s/he was born prematurely, or if s/he was born with some kind of congenital disease.

When you go back to work after the 98 days of leave, you have the right to one hour for lactation until your baby is one year old. This entitles you to enter your workplace either one hour later, or leave one hour earlier. So, if your work schedule is set from 8 am to 5 pm, then you can choose to go to work from 9 am to 5 pm, or work from 8 am to 4 pm.

Well, I do not work under an official contract. The Hospital, managed by the Peruvian Ministry of Health, pays me for my ‘productivity’ and as such, I do not have an official contract. As such, I was not granted special leave for my prenatal control appointments. I worked without being granted sick leave during pregnancy. In fact, I fell during my eighth month of pregnancy, and I still had to go to work the next day. I also had to work until 13 December since my caesarean section was scheduled for 14 December. After delivery, I was given 15 days of leave to be with my baby, and to recover from my surgical intervention. I subsequently pay a nanny to take care of my newborn baby.

I wanted to exclusively breastfeed my baby for at least, 6 months so I had to resort to the use of breast pumps, and I pumped every little free time that I had at home. At work it could simply not be done since there were no special rooms for lactating women. The first three or four months after childbirth, I only managed to sleep four hours, six if I was lucky, per night, and I had to give up one of my jobs. I felt this was terribly unfair considering that all my jobs were part of my professional development, and that I also had patients that I cared about. But then again: I had become a mom, and my son was my number one priority.

Despite the sad feelings of leaving my new born baby at home with a stranger—no recommendation in the world could change that fact that a Nanny is a stranger—the pain of my swollen breasts full of milk, and the constant exhaustion I was working towards my dream: to be a mother as well as a professional.

The worst thing that happened to me was when I found out that my employer expected me to compensate for the 15 days that I stayed home with my baby. That meant that for 2 months I had work for eight hours every Saturday. I will always remember when the Chief of Staff, my boss (a woman) and also the responsible of the Financial Unit of the Hospital (another woman) told me: “Dr. Marin, we’ve already paid you for the production of the entire month, so you’ll have to pay back in hours the work you didn’t do.” I felt so mistreated that I wanted to cry in that moment, but I remembered my daddy’s words: “Don’t you ever show weakness in front of people who have a higher office but less academic preparation than you do. One day you will be a Super Star, while they’ll stay stuck in the same place, so don’t give them the pleasure of making you feel inferior, because you are not.” Ergo: I did not cry.

So until my baby was six months old I barely slept, I worked as a medical doctor, I tended to my patients, I worked with my father (an orthopaedic surgeon) as his second assistant in surgery, I played and stimulated my baby, I took my baby to all of his medical controls with the paediatrician, and I took him to get all of his vaccines. I was a mom and also a medical doctor; both of which I still am, and I still barely sleep. It has been my dream all along, and I am more than happy for it, and really proud of myself.

This is the reality of the maternity laws in my country. The woman without official contract, money to pay a nanny, and support from her family is going to find herself facing a tough choice: either stop working or leave the baby in a day-care facility. However, day-care also has a cost. The more expensive it is, the better and safer quality for your baby you get. This sounds like a horror movie, but sadly, it is nothing but the truth.

I would like to cite an example from about seven years ago. The Rotary Club at Huacho (the city I live in) donated little chairs and a table for a day-care facility. When I went to deliver these donations, I found all the children crawling on the dirt ground. The walls were made of recycled wood and plastic, and the facility did not have potable water supply nor toys. This free day-care centre was responsible for overseeing the welfare of about 15 children aged two to four year-olds.

Finally, I would like to emphasize that the World Health Organization (WHO) recommends exclusively breastfeeding a child for the first six months. This means: no other foods or drinks should be given to the baby. Continued partial breastfeeding, accompanied by solid meals, until one to two years of age is then recommended.

These recommendations have been associated with reduced risks of infections like diarrhoea and otitis, and also a reduced risk of obesity and allergies in children. There are also benefits for the emotional development of the baby. So, why do the laws for working mothers not take the WHO recommendations into account to ensure the baby’s health benefit? Why is it that in Peru a woman would have to choose between being a mother OR a professional? How many talented women must we lose because they cannot work but instead have to take care of their children? How many doctors, nurses, engineers, artists, economists? How many? Is this the society that we, as Peruvian women, want? I am a Peruvian mother and also a professional and I do not want to renounce to any of my dreams.