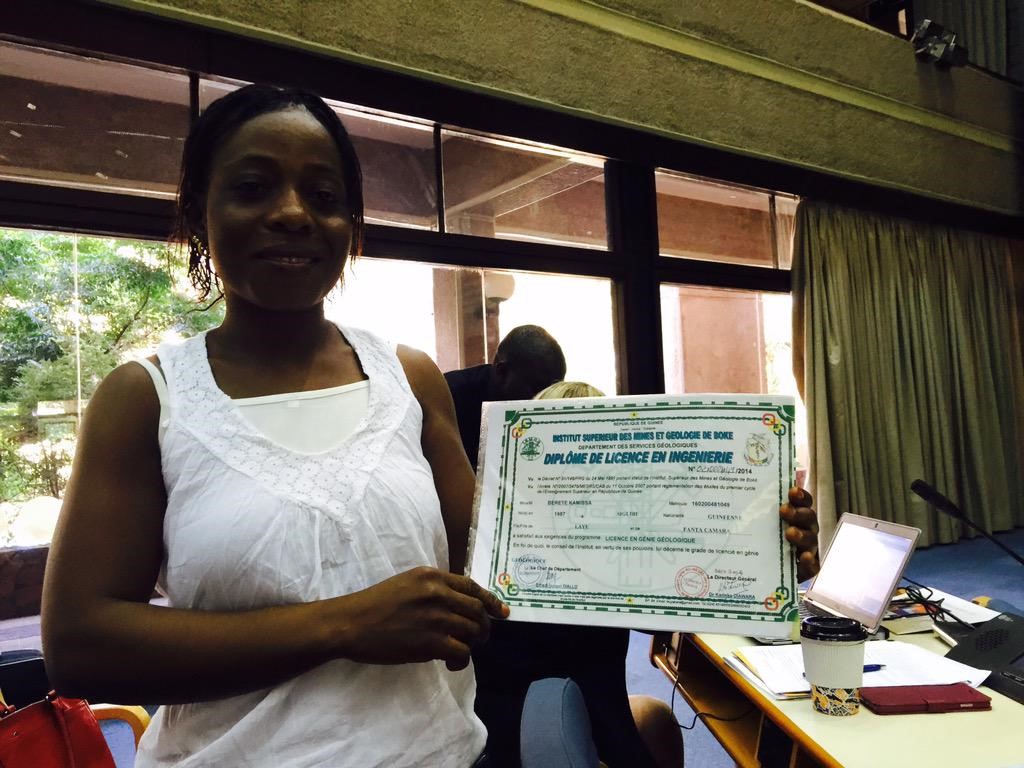 At just 10-years old, Kamissa Berete started working at a gold mining site in Siguiri Village in North-Eastern of Guinea Bissau. Having been born in Siguiri, which is known for its goldsmiths, Kamissa began helping her family in the gold mines.

Fortunately for her, unlike other child miners, this did not prevent her from going to school. After completing her secondary education, she joined the Higher Institute of Mining and Geology of Boke, Guinea (EIMG). This is the only Institute of technology in Niger dedicated to the formation of engineers and technicians and their educational disciplines expend into fields such as mining, geology, mechanical and civil engineering. “It is until I joined University that I learnt that gold mining destroys environment,” notes Kamissa.