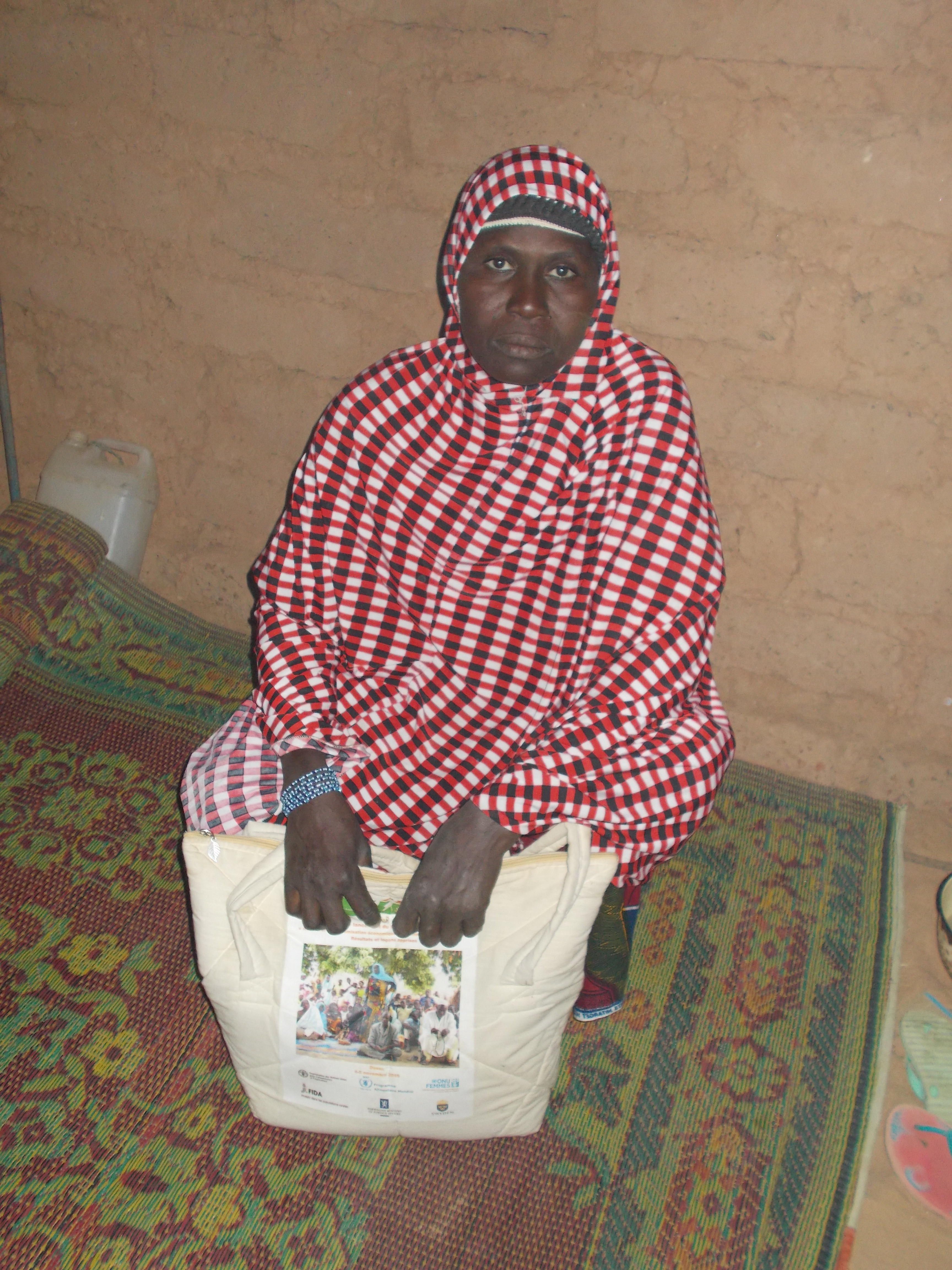 Kokoukou is situated in the Region of Dosso, south-west Niger. It is one of the ten target villages of the Programme "Accelerating Progress towards the Economic Empowerment of Rural Women", that FAO, IFAD, WFP and UN WOMEN are jointly implementing in the country. Activities in Kokoukou started in April 2015, with the creation of six FAO - Dimitra Clubs.

The Dimitra Clubs serve as an entry point for the four Agencies, that are working together to promote an holistic response to women’s identified needs, ranging from food security and access to income, to increased participation in public life. The members the of clubs meet regularly to discuss the challenges they face in their daily lives, make decisions and take action to resolve their problems. This has also led to a reduction of violence within and outside the household.

Biba Saley is the leader of one of the Women’s Dimitra clubs. She explains how she noticed a remarkable change since the establishment of the clubs. “There was domestic violence in the village as elsewhere in the country. But since the installation of the clubs, violence has decreased a lot. The interactions and exchanges among men and women participating in the clubs has encouraged mutual understanding”.

Most of the time, problems faced are resolved within the household through increased and improved dialogue between couples. However, if a violent event is reported to the community, measures are taken to respond in a participatory manner.

Biba explains how they established committees that meet when they have to deal with a case. “We have set up a committee within each club, which constitutes the first level of management. If the committee can’t reach an agreement, all women and men of the village get together”. Men have organized themselves in clubs as well in order to increase the exchanges with women and to bring about change. All decisions taken are binding for the entire community.