When we were called "adventeruous and brave"... 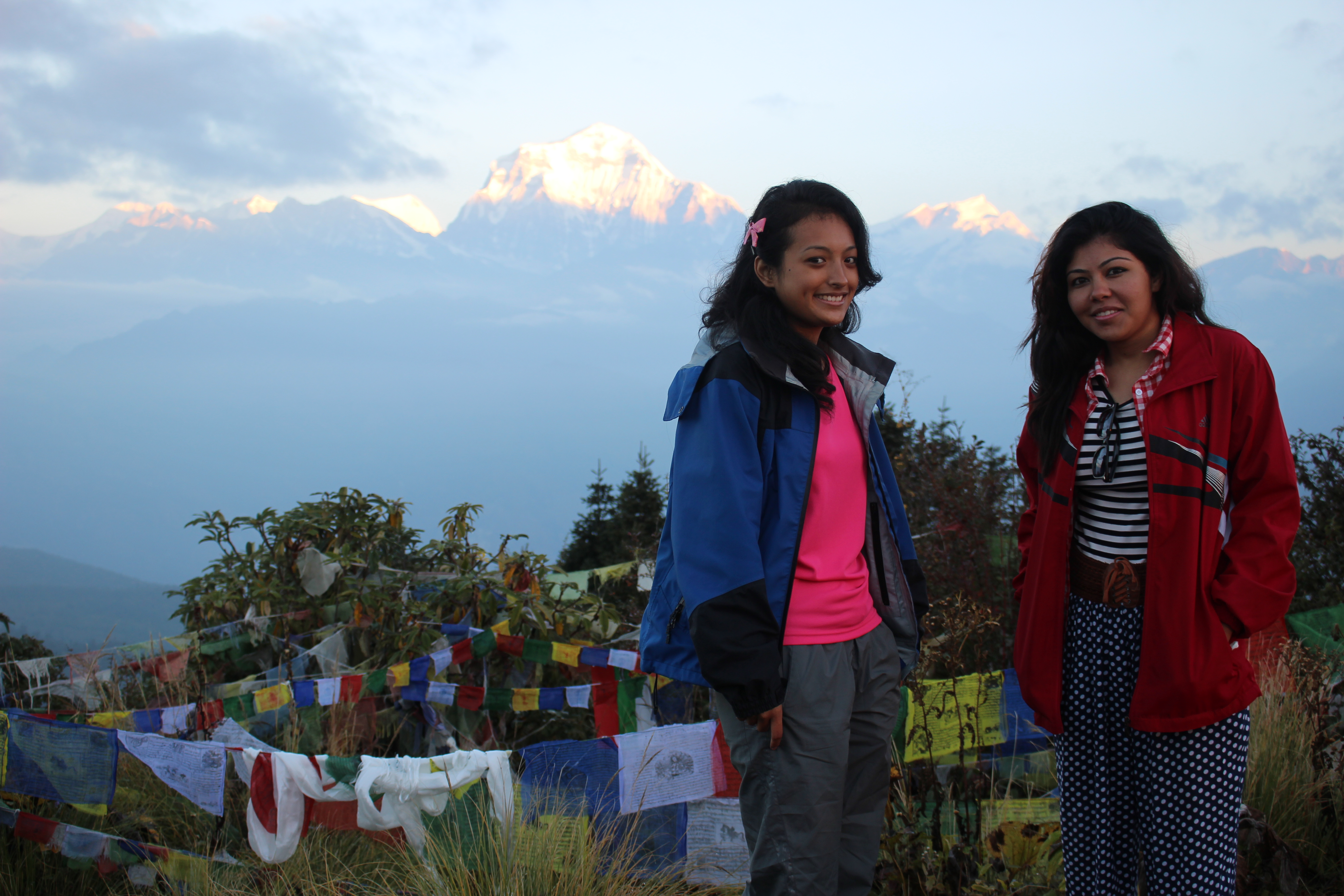 Even though I have been born and brought up in urban Kathmandu, the capital of modern Nepal, I know that these questions are bound to arise given the simple fact that ours is a patriarchal society. The conversation above is what I had with (more than) a couple of people who were surprised and shocked at the mere reality of two girls trekking without any elderly or men in their company. Please note that we are adults of 22. The 4 days Poonhill Ghorepani trek of Nepal is possibly one of the safest trek route, and we recently decided to take up this challenge on our own. To be honest, concerns started from our home, even though they knew there was no way we were going to cancel the trip, they wanted to make sure we will be fine. Another interesting thing I noticed was people calling us “adventurous and brave”. It is good to be called brave; I mean who wouldn’t like to be compared to fearless tigress. But my best friend swiftly commented, “Had two boys/men came together, would they also have been called “adventurous and brave” or were these activities taken in all normality because it was a masculine thing to do? The answer is arguable, but I am inclined to say a big no, and that is because I asked my male friends upon my return if anyone called them a daredevil lion for three men trekking in the same route last year. They didn’t receive such compliments.

In conclusion, the trek itself was amazing; however, this trip has given me a new lens to view how certain activities are considered normal for men and would be termed bold and daring for women of 21st century. It is a good time to aware people that both genders are capable of achieving everything under the blue sky and they both can be called adventurous for the same achievement.