My journey to transforming women’s lives in the Gambia 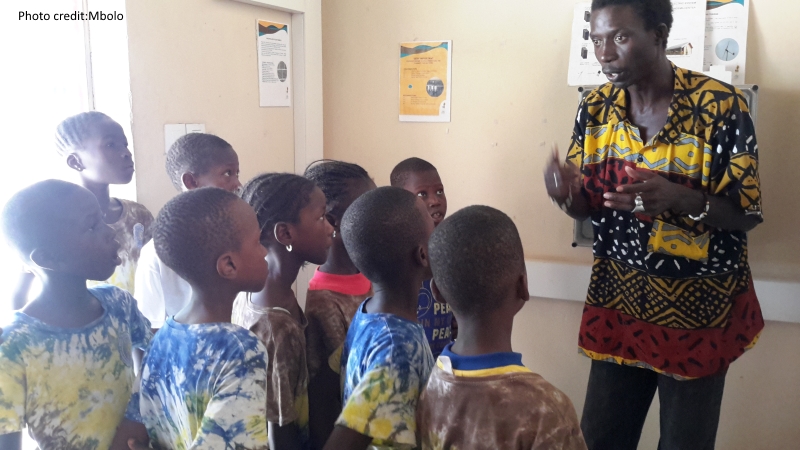 I am proud of my decision: returning to my homeland, The Gambia, to give back to my community.

In 2003, I migrated with my family from the small coastal village of Tujereng in The Gambia to Torrelles de Llobregat in Catalonia, Spain. While I remained strongly tied to my roots and values from my home country, I did not miss any opportunity of learning and personal growth that the new country and its inhabitants offered me. I carried with me three main passions in life: multiculturalism, social business and FC Barcelona.

Since my children were grown up, I began to study international cooperation and development at the Polytechnic University of Catalonia. My humble origins coupled with the traditional wisdom of my grandparents enabled me to overcome the new challenges of being in a new country, and to successfully manage my family life and studies.

My mother, the only daughter among seven siblings, grew up in a society that believes that a girl should assist her mother in the household. She therefore was also the only one who did not go to school. Women’s role in our society is underestimated and see women working really hard. While their work could be compared with that of a small ant—efficient, hardworking and a fighter—yet, their work remain undervalued. The division of labour is firmly based on a patriarchal economic system ruled by men. As a result, I have always wanted to support women in my home country, especially those who did not get a chance to go to school.

To tackle these issues, I created a charitable organization called Africa Mbolo (that is, Africa United in Wolof) with some Senegalese and Gambian immigrants to promote the development of our home communities. Since I was working at the time as a tour operator for Terres Llunyanes and was regularly travelling to The Gambia, Senegal and Guinea, I could provide punctual support and aid shipments via my trips.

Although it was a good initiative, I believed that it was not the kind of projects that would alleviate poverty. In fact, we were generating more dependency and sometimes, I was feeling that we were falling into the paradigm of Africa being a container instead of a continent. In my opinion, development aid means that the donor is ready to transfer knowledge and financial support to strengthen local capacities and needs previously identified by the recipient communities. The recipients should on the other hand be ready to receive in order to empower themselves. Effectively using development aid therefore requires a model that is self-managed locally to allow community autonomy and empowerment.

One day I decided to bring my whole family back to The Gambia to help change women’s lives. This is how Fandema (that is, help yourself in Mandinka) was born as a flagship project of Mbolo. It is a family project supported by several Catalan organizations.

Every year, Fandema offers a second chance to almost 70 young women school drop outs (85% of whom are under 30 years old) from 15 rural villages mostly in the West Coast part of The Gambia. The project aims to enhance women’s livelihoods by strengthening their productive capacities and abilities through training in entrepreneurship whilst boosting their professional activities with renewable energy.

My interest in renewable energy sparked in 2009 when I attended a seminar in Barcelona on renewable energy targeting installers from developing countries. Azimut 360, became our renewable energy partner and they designed a basic renewable energy system for the Mbolo Training Center. Unfortunately, on 26 December 2011, we had a fire outbreak at the training center. Nevertheless, about 8 months later Fandema came back to life from the ashes, now with a state-of-art 8,3kWp hybrid installation granted partly by the Global Environment Facility and UNIDO.

Fandema’s renewable energy system ignited the women’s interest in renewable solar energy. The Mbolo team knew how to listen and search for ways to enhance their knowledge.

Today, Fandema is nurturing this interest with a pioneering one-year hands-on solar installation-training course in West Africa with support of the Global Environment Facility, Small Grants Programme. Fandema promotes women’s economic empowerment by building their technical capacities in developing affordable and reliable renewable energy solutions. I am truly delighted to be the renewable energy trainer and mentor for these young energetic women. Fandema has also contributed to breaking the energy access barriers for women.

I am lucky. I am giving back to my land and I am able to do so with committed women who are ready to take on challenges, innovation and continuous learning.

It seems unbelievable to some people that an African man is so committed to gender equality and has dedicated his life to advocating and fighting for this cause. If we, Africans are not the engine of development, this development can never be, and even less be ours. If this engine does not include women, it is a lost cause.