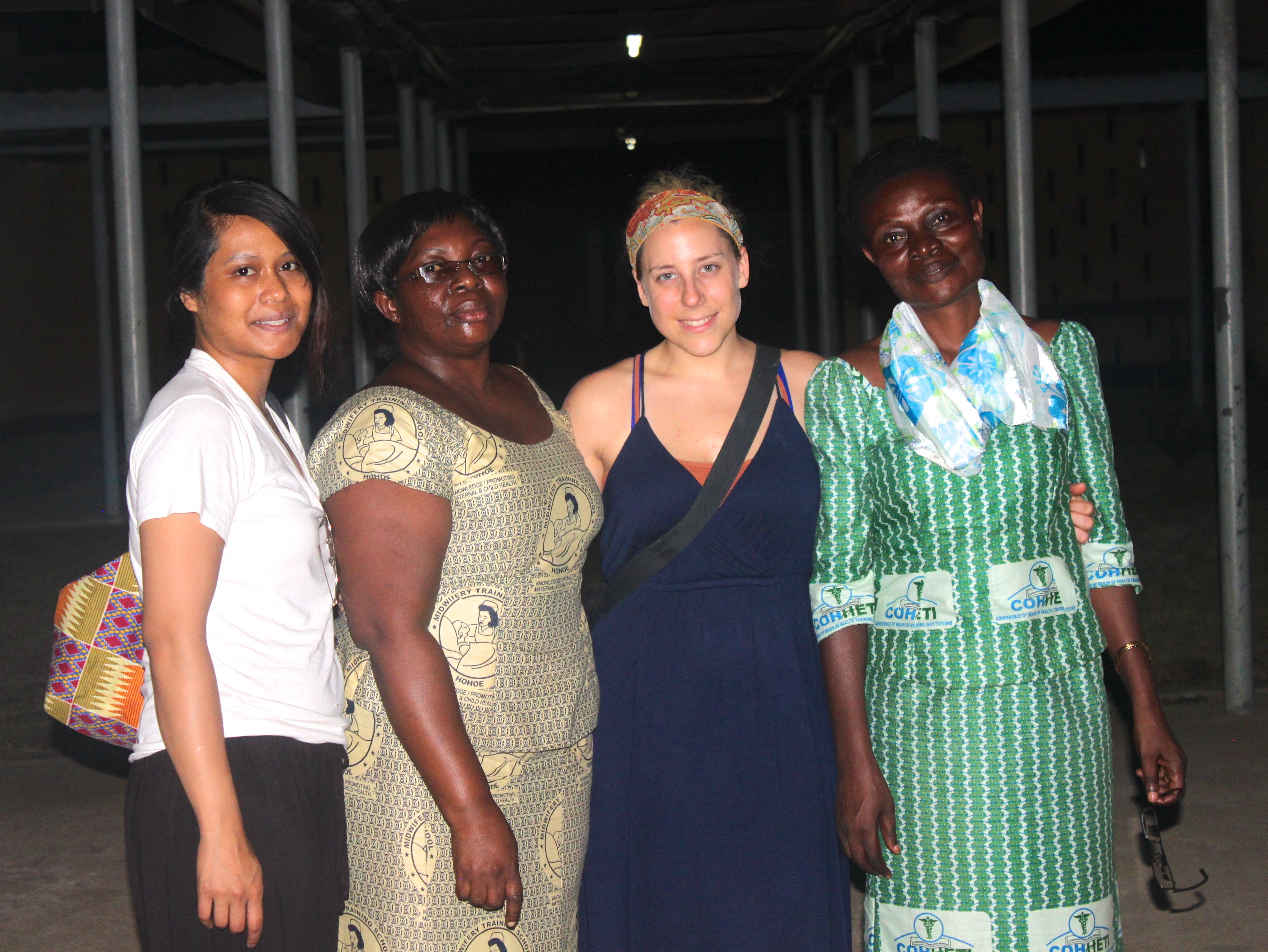 Three years ago, my colleague Marian Tes and I met with Ms. Narki Doku, Principal of the University of Health and Allied Sciences in Hohoe, Ghana. Ms. Doku and her colleague, Charity, gave us a tour of their school. We met with many midwifery students and learned of the challenges they faced. I remember one sign on the wall of their skills lab very clearly. It described a procedure called “Condom Tamponade,” where the midwives inserted a condom into a woman’s uterus after birth and filled it with water to put pressure on the uterus to stop additional bleeding. I remember thinking how resourceful they were to use the tools at their disposal.

While they were greatly lacking resources, their school has been empowering women healthcare workers since 1972. Last year there were 306 students pursuing a three-year midwifery diploma, scoring an average 91.7% in the licensing examination, placing the school fourth in the country. Recently, the First Lady of Ghana, Mrs. Lordina Mahama, visited the school for its 40th anniversary celebration. The First Lady spoke of the importance of maternal health, and emphasized the government’s commitment to educating healthcare workers. The government has supported the school by expanding their library, building classrooms and a tutoring office, and skills labs, and has also donated a number of laptops for the students to use.

USAID has also recently funded an elearning/mlearning program that allows students to access learning modules from their mobile phones. The Ghana Investment Fund for Electronic Communication and Ghana’s Ministry of Health have partnered to provide computers to all midwifery schools benefiting from this program. It has been incredible to see how much support Narki Doku and her students have received in the past few years. They work is critical to empowering both healthcare workers and mothers.