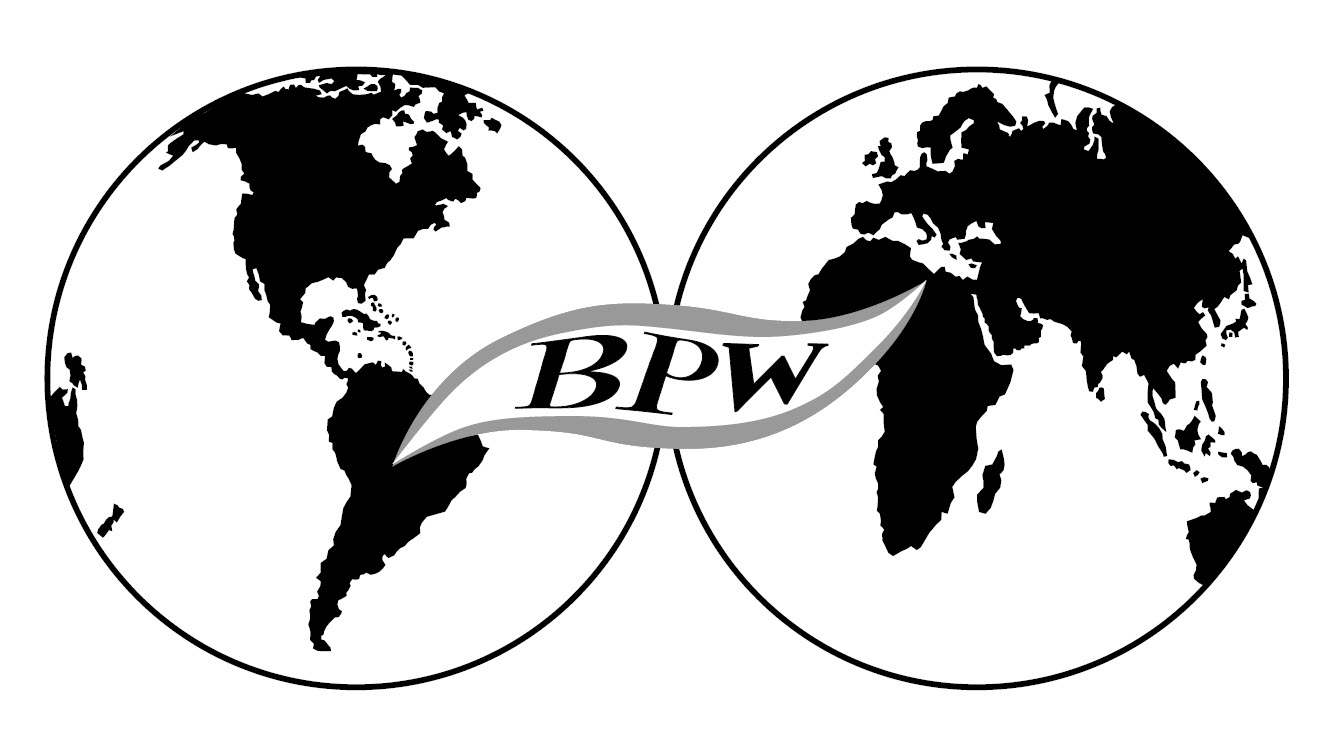 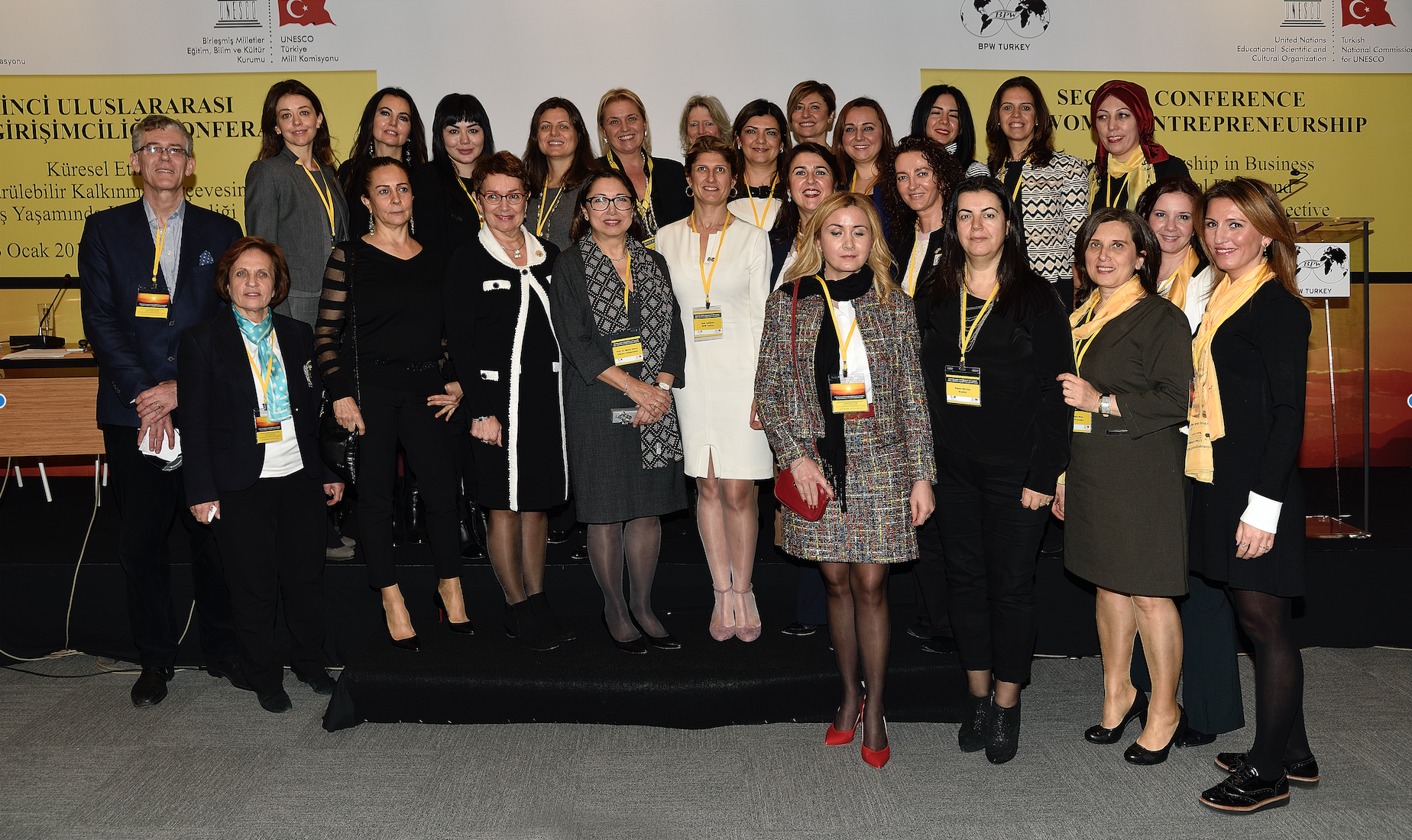 Each woman, as a citizen, must bring to the national policy of her own country, the contribution of forward-looking and constructive thought followed by determined action. Each woman must dedicate herself to protect and promote the interests of all other women in business and the professions.

The International Federation of Business and Professional Women (BPW International) was founded in 1930  in Geneva and today has affiliates in more than 98 countries across five continents, and a total of 35,000 members.

BPW has become one of the world's most influential networks for women. The organisation advocates for gender equity and holds consultative status on the UN Economic and Social Council (ECOSOC) and participatory status on the Council of Europe. Strategic partners include UN Women, UN Global Compact, International Trade Centre, International Organisation of Employers and Commonwealth Business Women.

Our ambition: Equal participation of women and men in power and decision-making roles

While capacity-building and confidence-building help more women to advance to executive positions, equal participation is still far from being a reality.

BPW International’s priority is to create opportunities for women to rise to top executive level by collecting evidence about how businesses’ return on investment performs when women become top executives. The aim is to persuade companies, institutions, academia and governments that they would perform better if the percentage of females at top executive level increased and reached a par with men.

- take responsibility at all levels in the economy, politics and society

- engage in networking, mentoring and lobbying

- work with the United Nations and other international organisations

The economic empowerment of women is vital to the success of business, community and government. Even though their involvement is critical to sustainable development, barriers to women’s entrepreneurship and professionalism persist, including lack of access to natural resources, finance, property and markets. BPW International develops the professional, leadership and business potential of women on all levels around the world through advocacy, mentoring, networking, skill-building and economic empowerment programs and projects.

Turkey’s first BPW Club was opened in 2006 in Ankara by Dr. Arzu Ozyol, who is now the Vice President of BPW International’s UN office. The BPW Turkey Federation was established in 2012 with the coming together of five Turkish BPW clubs, and our common perspective is to think globally and to act locally to develop best practice in the economic sectors represented by our members. We understand that gender issues are much more complex than is generally recognised, and that these issues have multiple impacts on the life of each and every individual in Turkey.

B-Plan is a guidance methodology that aims to show individuals the entrepreneurial skills necessary to start a successful business. The target groups for this initiative are underrepresented groups such as youth, women, people with a migrant background or those who have few skills. The B-Plan Guidance Model was delivered in eight modules over 27 months. The first four dealt with the development phase of a new business, and the remaining four covered the phases of dissemination to and exploitation of the market, and management and quality planning.

Solution Time for Employment Problems (STEP): This scheme was developed under The Promotion of Civil Society Dialogue between EU and Turkey Programme, within the scope of the programme’s Youth Initiatives for Dialogue component. The main outcome has been the E-Dialogue Platform which interacts with other online youth platforms throughout Europe, where STEP platform members can access all the project materials.

Pace to Employment and Assurance for a Respectable Life (PEARL): The specific aims of this project were to increase the employment opportunities of young women who had no family to support them and were living in cared-for settings. The project offered them vocational education strove to help them become world citizens with self-confidence. It also aimed to increase awareness of gender equality in more Turkish institutions prompt the formation of continuous education centres in such settings. So far, four vocational trainings and workshops have been delivered and BPW Turkey has supported the acquisition of the training equipment needed.

Civil Initiative Strategic Research Center (SISAM): SISAM’s aim is to increase societal awareness about UN Women’s Empowerment Principles, and to create a wide and strong communication network among stakeholders such as NGOs that address social issues and gender, relevant public organisations, parliamentary commissions, business actors, local administrations and other key decision-makers. The SISAM Project methodology is made up of seven chapters that evaluate each of the seven principles of empowerment.  SISAM offers a training program to familiarise representatives of women’s organisations, HR staff, bureaucrats and local governments with the UN Women’s Empowerment Principles.

At BPW Turkey, we work towards gender equality, not only in the workplace but in all aspects of our lives. We believe this will bring about the economic and social empowerment of women which, in turn, will promote the empowerment and sustainable development of Turkey as a whole so that the country can take its place on the international stage.

So, as BPW Turkey, we will continue to work hard:

Please join us - let us act and succeed together!