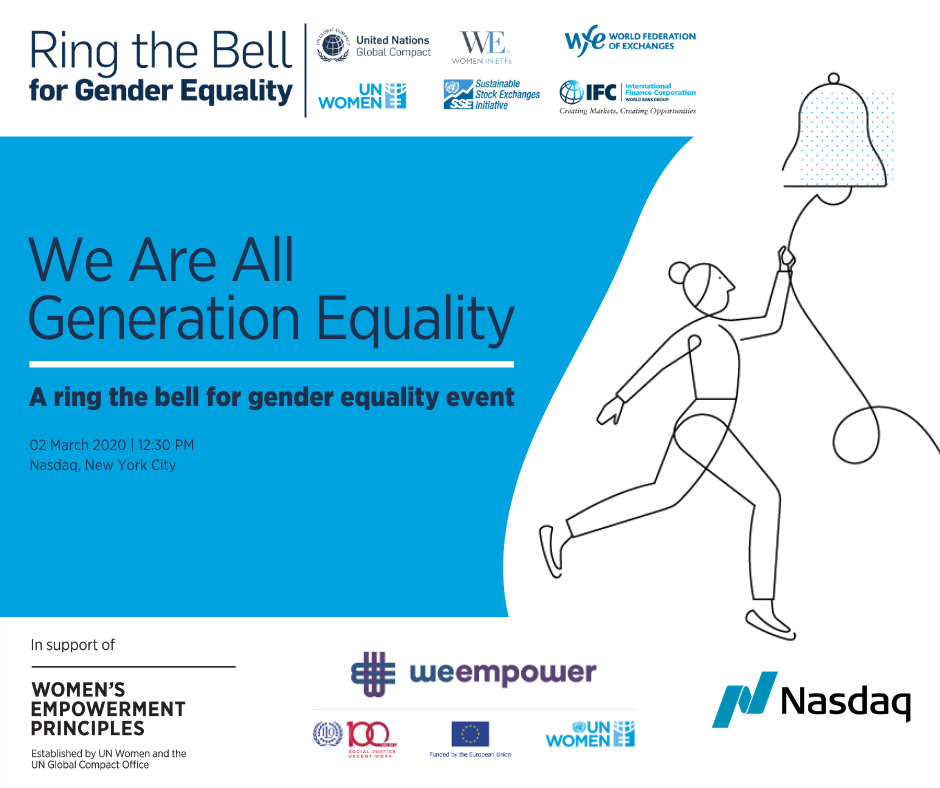 In celebration of International Women's Day on 8 March 2020, stock exchanges around the world will host a bell ringing ceremony to raise awareness of the pivotal role the private sector can play in advancing the United Nations Sustainable Development Goal 5 on gender equality and women's empowerment. In March 2019, a record 85 exchanges rang their bells for gender equality, an increase from 33 exchanges four years ago. 2020 is expected see increased engagement as it is a momentous year for gender equality and women's empowerment.

In New York, the Ring the Bell for Gender Equality is co-organized by Nasdaq and UN Women's WE EMPOWER - G7 programme team in partnership with the European Union and ILO.

As a Women's Empowerment Principles (WEPs) signatory, Nasdaq is active in its efforts to enhance diversity and inclusion in the workplace. 2020 marks the 10th anniversary of the Women's Empowerment Principles. To celebrate, Nasdaq and UN Women invite partners to share lessons learned and good practices in implementing the WEPs in the marketplace, workplace and community.

The event will bring together organizations aspiring to advance SDG5 on gender equality and women's empowerment. The private sector is well placed to do so by creating a culture of inclusion and diversity, appoint women to senior management positions and to the boards of directors. WEPs case studies show that companies are increasingly developing and tracking progress of gender-sensitive policies.

At the nexus of company and investor interaction, stock exchanges are uniquely positioned to influence capital markets to advance this agenda.

We are looking forward to your participation! 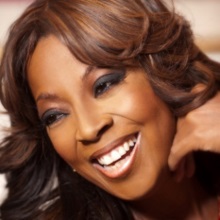 An ttorney, former New York City homicide prosecutor, business executive,best- selling author and an Emmy award nominated TV host.Skilled in law, media and business, Ms. Jones is a co-founder and principal of the InstantImpact Group (IIG), a consultancy firm that assists individuals and companies build their Diversity, Equity & Inclusion (DEI) programs and she presently serves as Chief Brand and Business Development Officer of Marquis Who's Who, the 120-year-old brand that publishes biographies of the top 5-10% of individuals in their industry, throughout the world.

From 2014-2019, Ms. Jones served as a member of the Board of Directors and President of Professional Diversity Network (a US public company, Nasdaq: IPDN) and served as National Spokesperson for IPDN’s US networking subsidiary, the International Association of Women.The Emmy-nominated TV host, attorney, best-selling author, and former homicide prosecutor also worked in television for over 25 years; offering a fresh perspective to the day’s most talked about crime, justice, political and sociological issues from the worlds of news, entertainment, politics and pop culture. Best known to television viewers for her candor, confidence and uncanny ability to clarify muddy legal and social issues as a TV Legal Correspondent & Commentator and as a co-host of ABC’s The View for nine years;she along with her colleagues is a 2017 Inductee into the Broadcasting and Cable Hall of Fame. Additionally, she is also the author of three best-selling books.Ms.

Jones is passionate about philanthropy and as a heart disease survivor; she can now add Heart Health Advocate to her impressive list of credentials. In 2011, she was named the American Heart Association’s National Volunteer. Since then, she has been untiring her name, voice, time and international media platform to combat cardio-vascular disease, the nation's number one killer.A frequent and highly sought after motivational speaker, Ms. Jones lectures and leads discussions around the world on a variety of socially conscious topics including, Law,Politics, Race, Gender Equality, Women’s Empowerment, Pop Culture, Networking, and Heart Health. 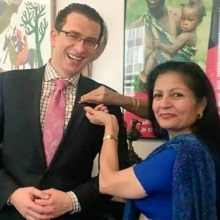 Entrepreneur, former CNN and NPR journalist, and the leading global expert on modern fathers in the workplace.

He is the author of the award-winning book All In: How Our Work-First Culture Fails Dads, Families, and Businesses–And How We Can Fix It Together. The United Nations named him a Global Champion of Gender Equality. (Watch his opening remarks at the U.N.) The Financial Times named him one of the world’s top 10 male feminists. A New York Times front-page story declared him “a pioneer.” He has testified in Congress, won a debate on feminism at Oxford, and is a leading business consultant and keynote speaker.

Levs spent 20 years reporting for NPR and CNN, where he developed unique expertise on nonpartisan fact checking. On TV, he has been called “Truth Seeker in Chief,” “Mr. Reality,” and “Senior Everything Correspondent.” He also created a role covering modern families and developed unprecedented expertise in assessing the realities of today’s dads. Levs then stepped into a global spotlight by taking legal action against Time Warner (CNN’s parent company) for fair parental leave so he could care for his preemie daughter and sick wife. The company ultimately embraced his call, revolutionizing its policy to make it better for moms and dads. With the publication of his book, All In, Levs became the leading voice for modern dads at work, shining a light on their unknown struggles. He works with corporations, organizations, universities and more to build policies that support men as equal caregivers, a crucial step toward ensuring equal career opportunities to women. Levs is invited to summits and businesses across the globe, from Google to GE to Barclaycard.  He also lectures at prestigious universities including Yale, Stanford, Harvard, Wharton, and more. As a journalist, he received many of the highest honors in his field, including six Peabody Awards, two Edward R. Murrow Awards, and awards from the AP, the Society of Professional Journalists, the National Association of Black Journalists, and more. A scholarship was awarded in his name at his alma mater, Yale University. Levs lives in Atlanta with his wife and their three children. 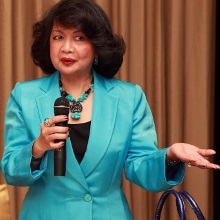 President, Global Summit of Women, Chair of the GlobeWomen Research and Education Institute, and Member of the G7 Gender Equality Advisory Council, Biarritz 2019.

Recognized leader for women in the United States and throughout the world, is Chair of the GlobeWomen Research and Education Institute, President of the Global Summit of Women, an annual international gathering of women leaders from around the world on business/economic issues, and Chair of Corporate Women Directors International (CWDI), which promotes the increased participation of women on corporate boards globally.Based in Washington, D.C., Ms. Natividad is the force behind the 30-year old Global Summit of Women, informally called “The Davos for Women” by past participants for the caliber of its attendees and presenters, as well as its mix of business and government leaders.  As CWDI Chair, she has produced 29 reports in 22 years on women directors in different countries, regions, and industries and has convened women board directors and executives to “ring the opening bell” at 21 Stock Exchanges based in different countries to date — a business tradition in which she feels women must be seen.

Ms. Natividad’s commitment to promoting women, nationally and internationally, stems from her decade-long involvement with the National Women’s Political Caucus, a 50-year-old bipartisan organization dedicated to electing and appointing more women to public office.  Widely recognized for her outstanding leadership of the Caucus, she was elected President in 1985 and re-elected in 1987, the first Asian American ever to head a national political organization. 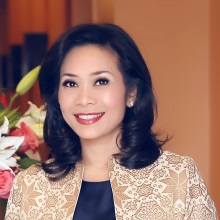 Noni Purnomo holds an Industrial Engineering degree and an MBA in Finance and Marketing. She is a Business Woman, Philanthropist, and mother of 3 daughters. She was listed in “Power Women in Asia” by Forbes. Noni has been actively supporting several start-up companies through her own investment company and through ANGIN Women Funds, which she was a co-founder. She is also actively involved in several mentorship programs and recently awarded as “Mentor of the Year” by Endeavor Indonesia. Noni serve a board member of the Australia Indonesia Institute, a Chairperson of Intelligent Transport System Indonesia Chapter, Indonesian Transport Society Board of Presidium, Board of Advisor of IPMI, Coca Cola Amatil Indonesia and an advisor to Antler Asia. A Young Presidents Organization Member since 2003. As per March 2019, Noni has been appointed as the member of member of University of Indonesia Board of Trustee member for period 2019-2024.

In December 2019 she received honorary doctorate degrees from The University of Newcastle Australia. 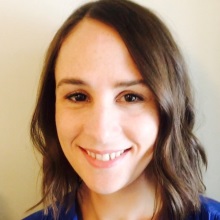 Marie leads a team of reporters covering Wall Street and Main Street banking, financial technology and consumer finance. She was previously assistant managing editor for talent, responsible for the Journal’s efforts to attract, engage and develop newsroom staff. A 16-year veteran of Dow Jones and The Wall Street Journal, Marie also was deputy bureau chief of the Journal’s Deals team and led coverage of troubled companies during the financial crisis and its aftermath, a period that saw corporate giants including Lehman Brothers, General Motors, Chrysler and American Airlines tumble into bankruptcy. She began her career as a reporter at Legal Times in Washington. Marie has a journalism degree from the University of Maryland. 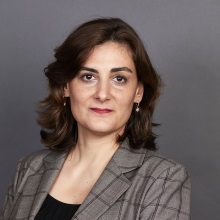 Corporate Governance Officer at the International Finance Corporation (IFC), a member of the World Bank Group.

She is the global lead for IFC’s Women on Boards and in Business Leadership program, which champions the business benefits of gender diversity in corporate boards and senior management positions.  Responding to the growing demand from developing and emerging markets, Loty builds pipelines of female talent and has created a new generation of women business leaders. A skilled facilitator, Loty has designed and successfully delivered training sessions on women’s business leadership throughout the world.  As the corporate governance gender representative in the Environment, Social and Governance Department’s gender working group, she plays a leading role in developing and implementing IFC’s gender strategy.

A Bolivian national, she is based in Washington D.C. but has lived and worked extensively in East Asia and the Pacific. Loty holds a Master’s in International Development from George Washington University in Washington D.C. She speaks fluent English and Spanish and has a sound working knowledge of German and Portuguese 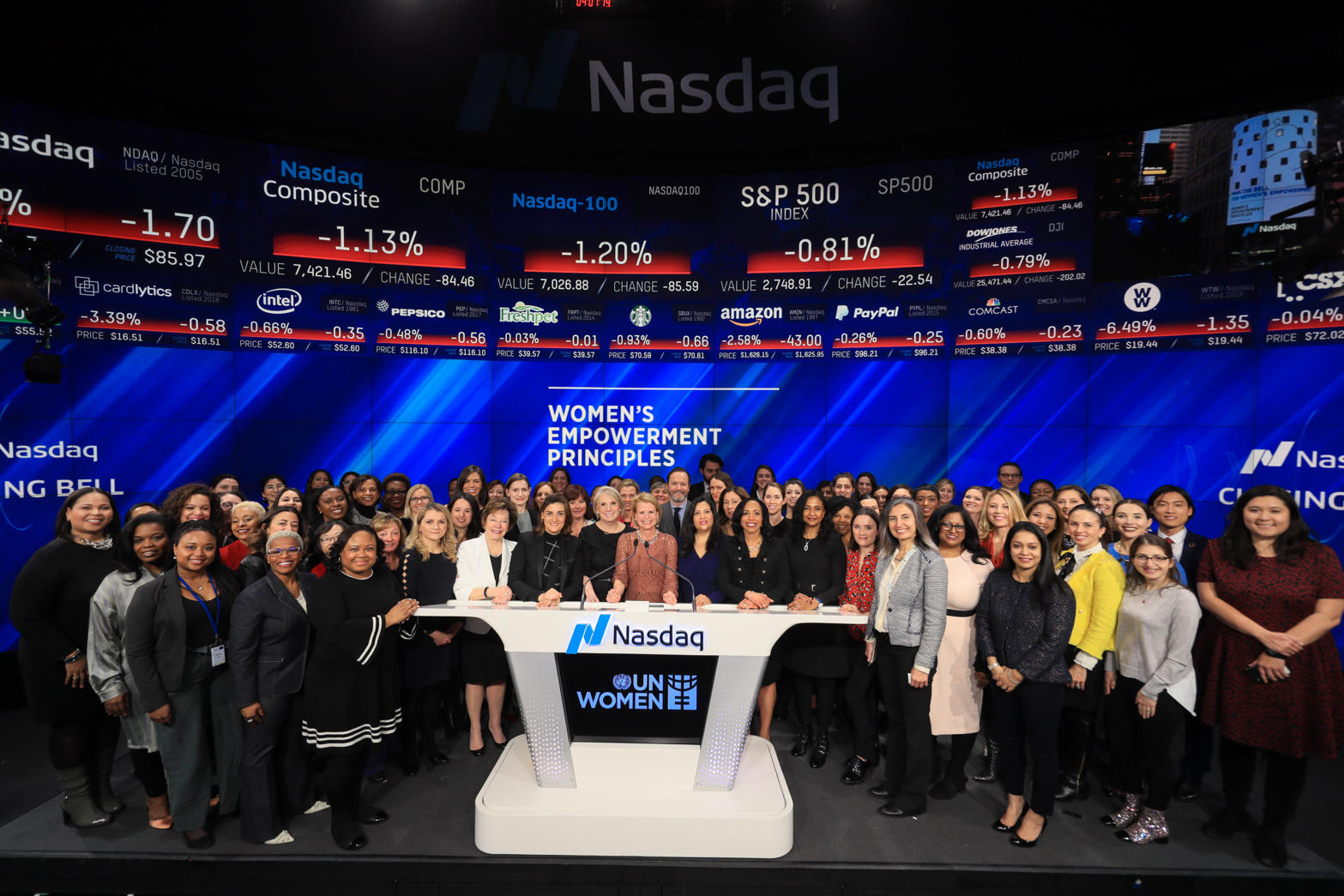 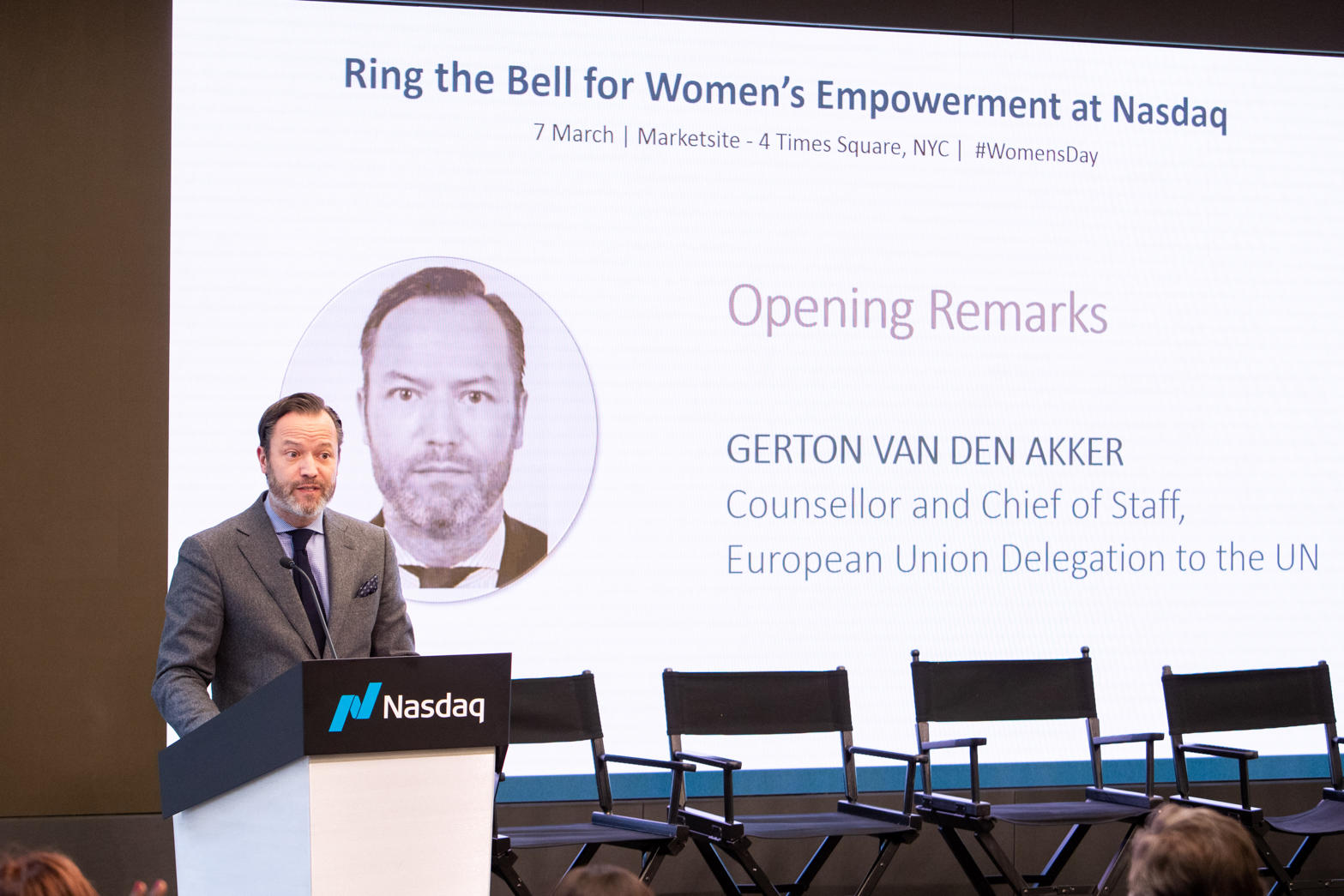 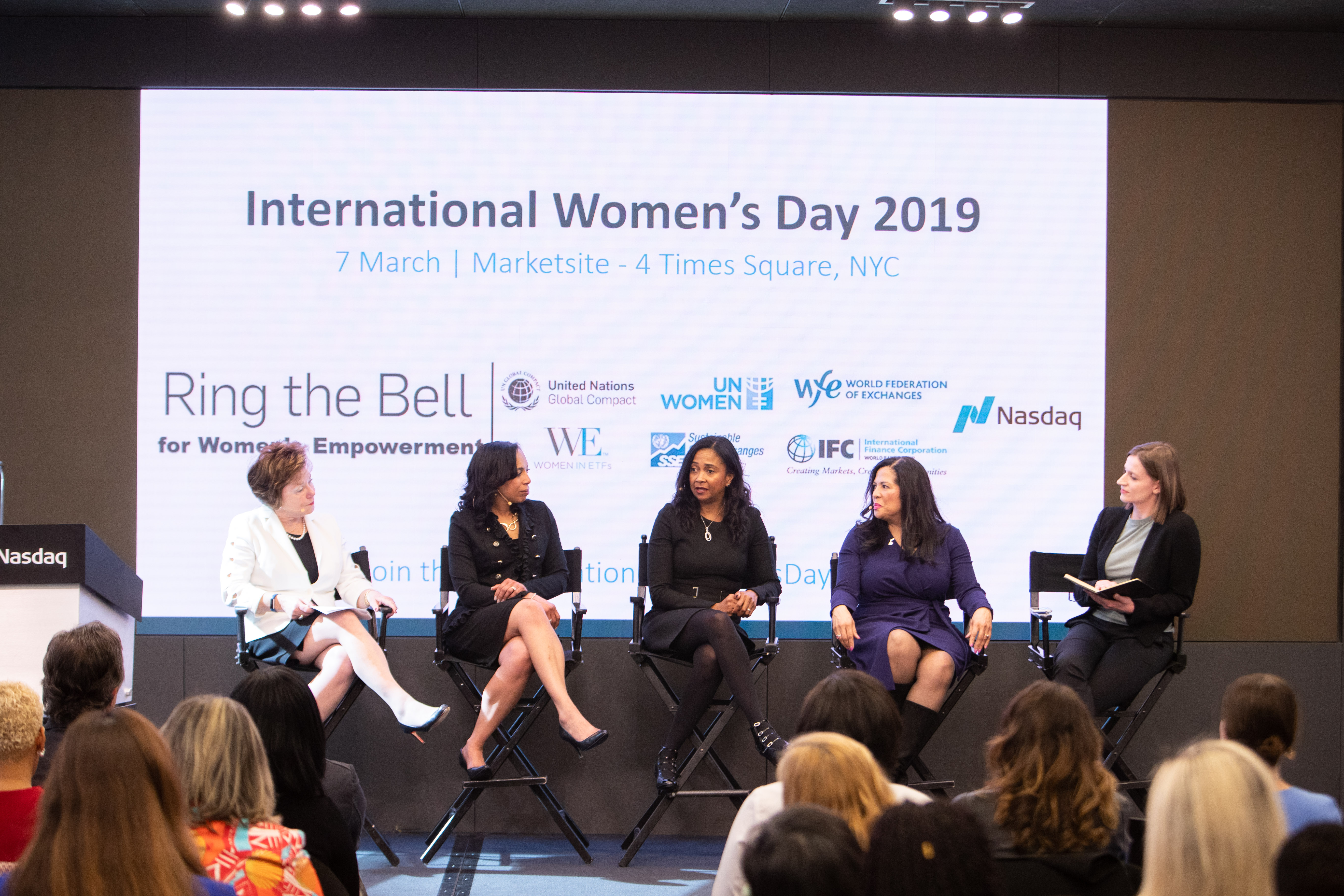 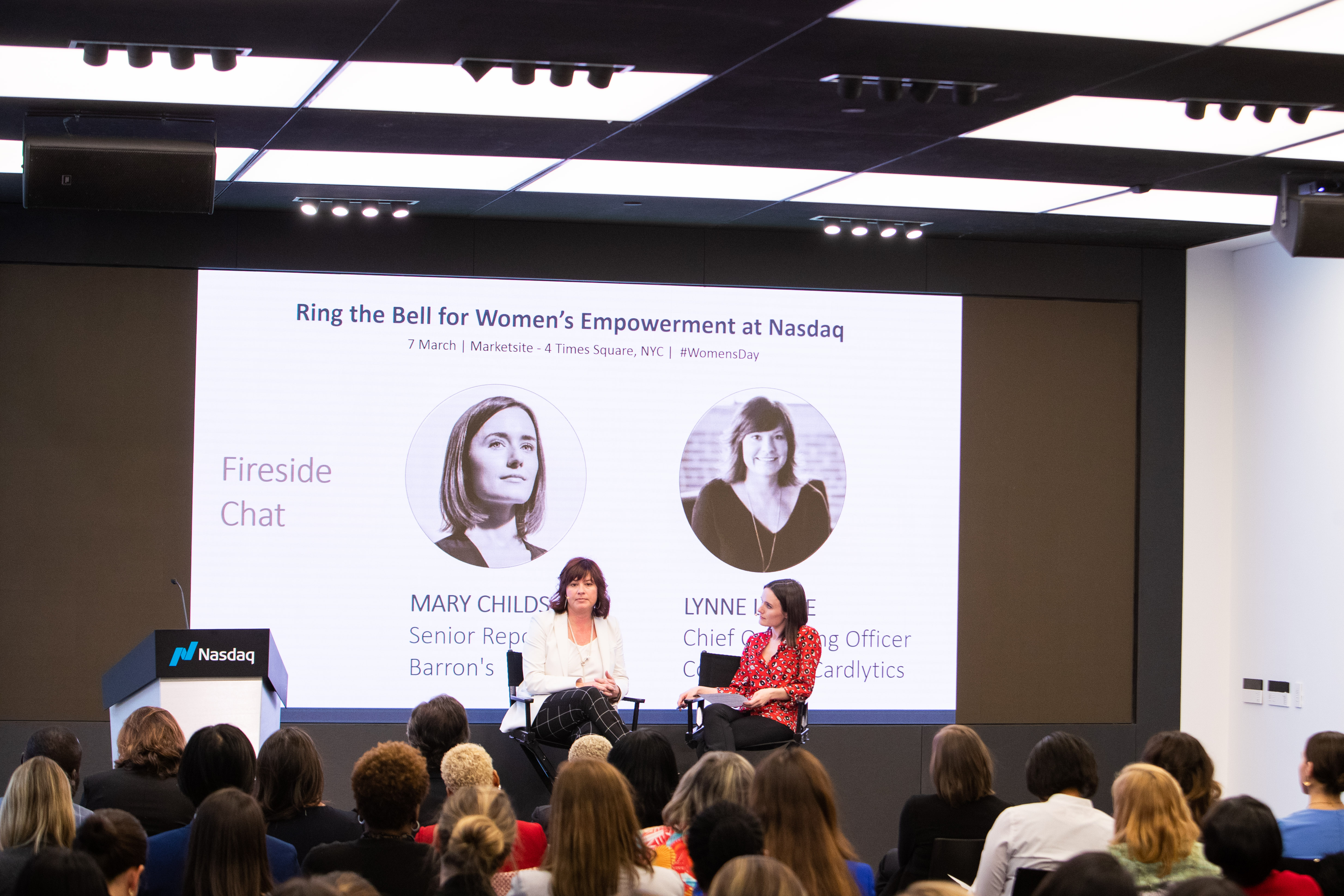 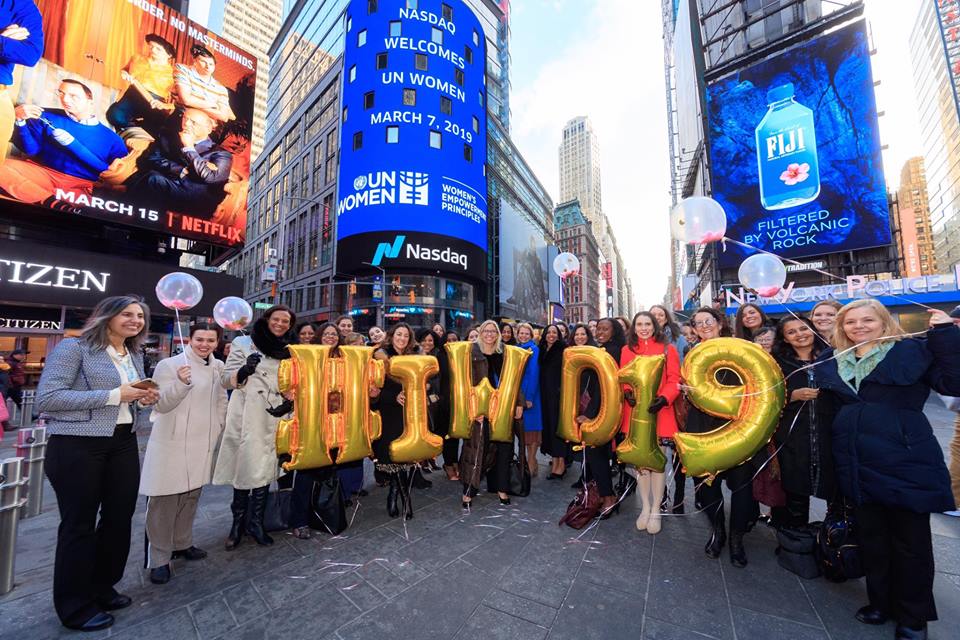 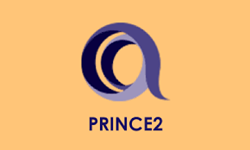