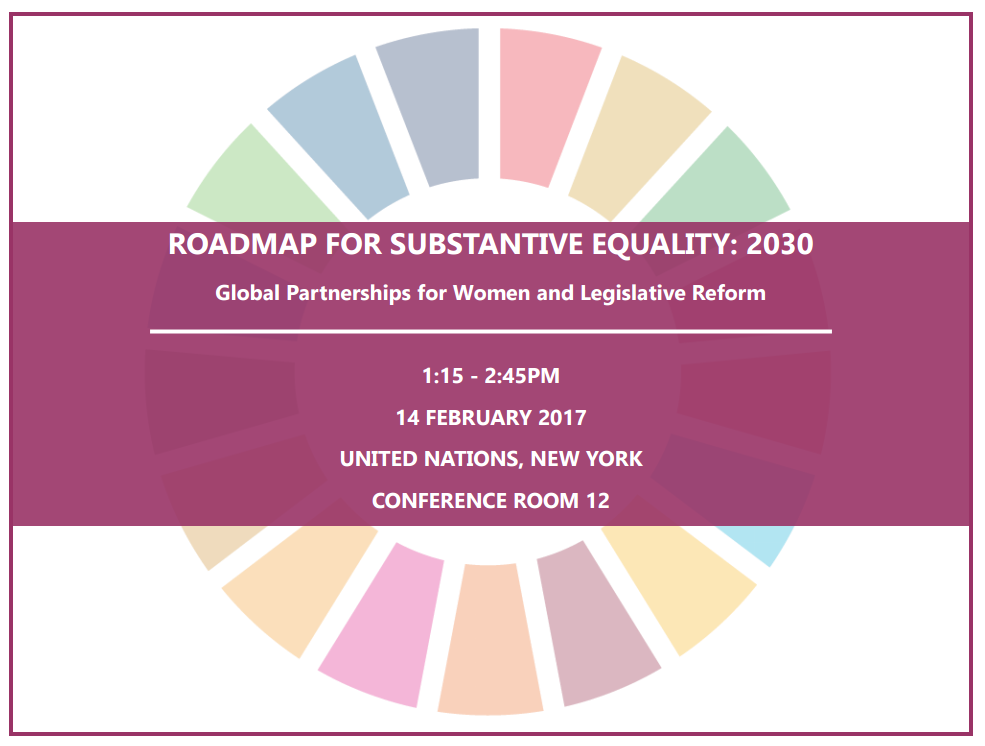 Despite ongoing commitments, too little has changed on the issue of gender-sensitive legislative reform. The Beijing Platform for Action was adopted at the Fourth World Conference for Women in 1995, and still remains one of the most progressive platforms for advancing women’s rights. States pledged to revoke any remaining laws that discriminate on the basis of sex.

In 2000, during the five-year review of the implementation of the Beijing Declaration and Platform for Action by the twenty-third special session of the General Assembly, States committed to reviewing legislation with a view to striving to remove discriminatory provisions against women as soon as possible, preferably by 2005. This target has not been achieved.

Recent studies have revealed that many national laws contain provisions that discriminate against women and girls. However, during the 20-year review of the implementation of the Beijing Declaration and Platform for Action and the outcomes of the twenty-third special session of the General Assembly (Beijing+20 review), some progress in legislative reformed were cited. Gender discriminatory laws are often rooted discriminatory social norms which remain pervasive and difficult to change, as concluded in the Beijing Plus 20 review. With this in mind, the review also calls for universal ratification and full implementation of the Convention of All Forms of Discrimination Against Women (CEDAW) worldwide, and removal of persisting discriminatory constitutional and legislative provisions as an urgent priority.

The CEDAW Convention is central to the achievement of gender equality and realization of women’s human rights. Efforts to incorporate the Convention on the Elimination of All Forms of Discrimination against Women (CEDAW) fully into domestic law have not been sufficient in many States. Discriminatory social norms, stereotypes, prejudice and violence remain pervasive, with many women and girls being affected by multiple and intersecting forms of discrimination, preventing the full realization of their human rights.

Strong legal frameworks must be put in place to advance gender equality in all areas. Priority must also be given to ensuring all justice mechanisms, including informal, religious and customary mechanisms, uphold women’s human rights and promote gender equality. Substantive legal equality requires a legal framework and an institutional framework with the capacity to enact gender-sensitive laws and create accountability.

OBJECTIVE OF THE ROADMAP FOR SUBSTANTIVE EQUALITY: 2030

The launch event on 14 February will promote discussion and exchange of ideas between stakeholders on their commitments to gender equality and legal reform initiatives, giving insight into new programmes or interventions, and on-going commitments that will be accelerated or scaled up. This multi-stakeholder dialogue provides immense opportunity for knowledge sharing on varying approaches and identifying potential areas for collaboration.

The Roadmap for Substantive Equality: 2030 is dedicated to—and based on—robust world-wide partnerships between organizations and governments for effective policy implementation. The initiative seeks to leverage, strengthen, and expand global partnerships to enable the realization of substantive legal equality for women and girls, which is the foundation for gender parity. Substantive legislative reform on gender equality requires utilizing, strengthening, and establishing linkages between partners at all levels of society—global, regional, national, and local. The Roadmap will seek out new areas of cooperation and advocate for legal equality working towards gender equality and the 2030 Agenda for Sustainable Development. 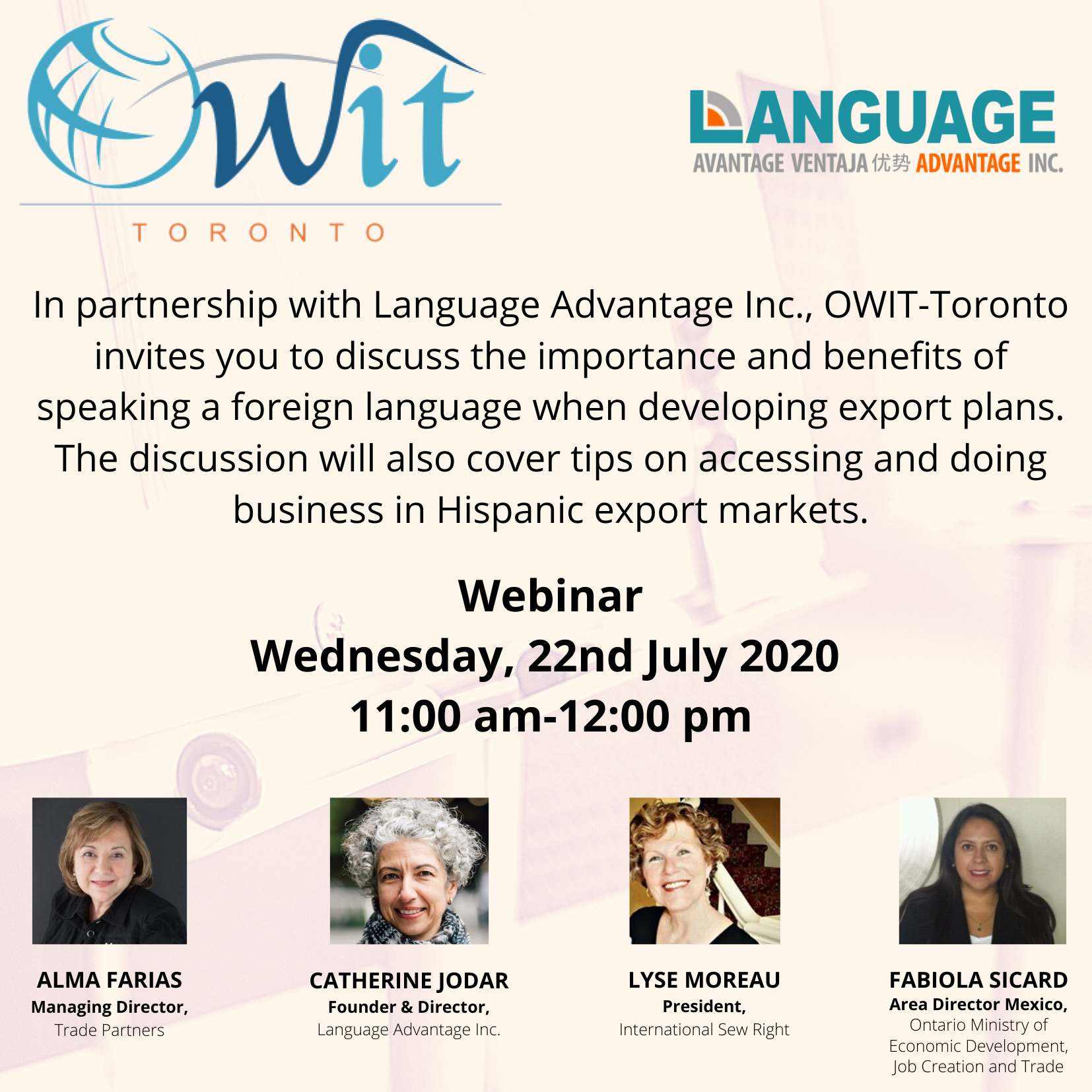 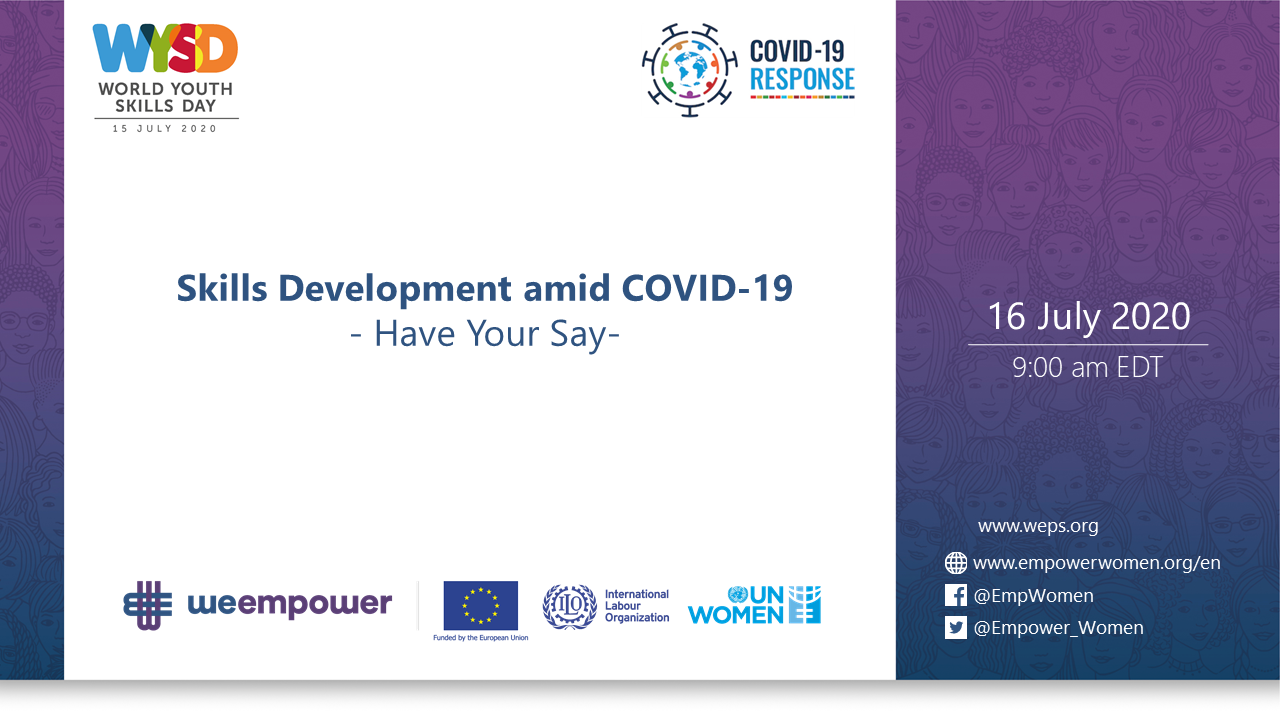 Skills Development amid COVID-19: Have Your Say