Substantive legal reform is an urgent matter of justice, dignity, equality and human rights for women and girls around the world. The 2030 Agenda for Sustainable Development established 17 Goals and 169 targets to be achieved over the next 15 years. Goal 5 on gender equality and women’s empowerment and its target 5.1, “End all forms of discrimination against women and girls everywhere,” covers all areas of discrimination in law, policies, and practice.

This event, co-hosted by UN Women, IPU and Equality Now will launch The Roadmap for Substantive Equality: 2030 to

(1) Show the extent to which legislative inequality affects all women, at all levels, everywhere;

(3) Highlight the advantages of networking and multi-sectoral partnerships for effective and impactful legal reform; and,

(4) Gather stakeholders in an effort to promote world-wide partnerships in support of gender equality by 2030.

UN Women is the UN organization dedicated to gender equality and the empowerment of women. A global champion for women and girls, the organization was established to accelerate progress on meeting their needs worldwide. Among other issues, UN Women works for the elimination of discrimination against women and girls; empowerment of women; and achievement of equality between women and men as partners and beneficiaries of development, human rights, humanitarian action, and peace and security. 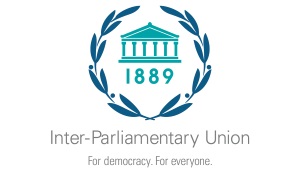 The Inter-Parliamentary Union is the world organization of parliaments and global parliamentary dialogue.  The IPU works closely with the UN towards mutual goals, seeking to strengthen peace through cooperation between societies. As a key player in activating national parliaments on the issue of gender equality, the IPU has been a leader in research and policy on women’s participation in parliaments and in building gender-sensitive institutions. The IPU provides key data on women in parliament and produces essential resources and toolkits on substantively mainstreaming gender equality in the work of parliaments. 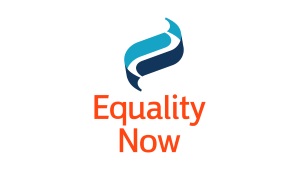 Equality Now is an international human rights organization which aims to advance civil, political, economic and social rights of women and girls. Focusing on legal advocacy, the organization leverages its extensive global network of lawyers, activists, and supporters to increase accountability to international legal frameworks and influence policy makers. For over 25 years, the organization has fought to advance the legal rights of women and girls, fighting for equal treatment under the law. Equality Now was one of the earliest organizations to push for an end to FGM/C, take on sex trafficking, and advance justice for victims of gender-based war crimes.

1. Which gender discriminatory laws are important to repeal in your country?
2. What actions will you take to repeal these laws?

3. Which partnerships are you seeking for collaboration?